Capture and annotate screen grabs with this developer-oriented application 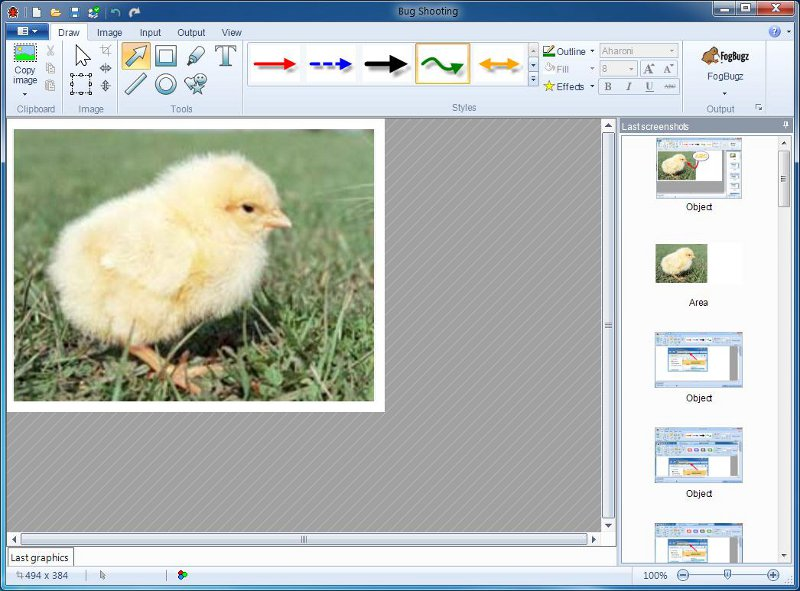 Bug Shooting is a screen capture tool which is oriented for use by developers and software support teams, although it could be useful for many different applications.

The program supports many different capture types. It can grab the full screen, the active region, a particular on-screen object, a freehand region, a frame from your webcam, and more.

A built-in editor then allows you to manipulate the grab in various ways. You might crop it, for instance; add arrows, lines or stamps; or maybe a text caption or two. These aren't just boring plain grey lines, either. You're able to add colourful lines which curve to point at whatever you like, and even have a shadow automatically added.