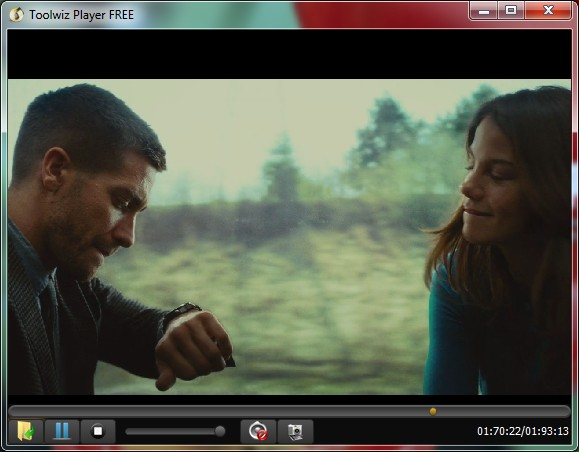 Toolwiz Player and Converter is a single download which includes separate media player and conversion tools.

The media player interface is, well, a little on the basic side, though. There are no menus. The program includes just one toolbar, and even that includes only 5 buttons: open, play/ pause, stop, and so on. And somewhat annoyingly, the developers haven't even bothered to provide tooltips, or a help file, so we're not entirely sure what every button does. (There's one with what looks like a tiny camera icon, for instance, so does it grab an image from your webcam? We've no idea.)

The conversion utility is a separate program entirely, although it's almost as odd. You can only add one file at a time, for instance. And selecting your output format and configuration options is done on a single, horribly cluttered dialog. Although if you're converting video files then you can at least apply some filters at the same time, tweaking brightness and contrast, flipping the image, cropping or padding it, and more.

The media player supports lots of formats, and the conversion tool has plenty of features, but overall Toolwiz Player and Converter has too many UI problems and issues to make it worth recommending.

Get more from your music with this powerful, highly configurable audio player

Quickly convert music and audio files from one format to another

Record or stream games, videos, your desktop and more with OBS Studio