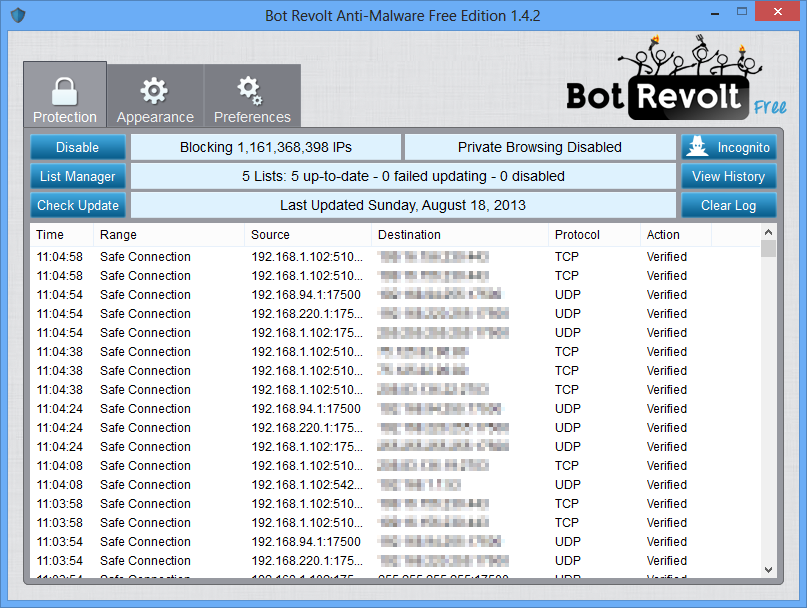 Bot Revolt Free is a simple security tool which aims to prevent your PC from accessing (or being accessed by) known dangerous computers.

The program works by monitoring all your incoming and outgoing network connections. Just launch it and you'll see these displayed, along with their source IP address, destination and protocol.

These connections are then compared against databases of known malicious systems (sources include BlockList Pro, I-BlockList, FraudWatch International, and so on). And if there's a match, the connection is automatically closed.

This approach obviously has plenty of limitations. If you're infected by malware which is trying to reach an address which isn't on a blacklist, for instance, then Bot Revolt won't notice, or care. And even if the program does close a connection, it can't remove the malware behind it, so you'll still need a capable antivirus tool on hand.

Still, you can at least run Bot Revolt Free alongside an existing security package, and that might be useful if you think you're infected: install the program, let it run for a day or two, see if it spots any dangerous connections.

If you like the idea, there's also a commercial version which drops the ads, provides regular updates and adds a private browsing feature. Sounds reasonable, although the $47 a year subscription is rather less appealing.

Bot Revolt provides a quick and easy way to check your current internet connections for dangers. The lack of updates in the free version is a problem, though, and the annual $47 subscription for the paid edition seems very expensive 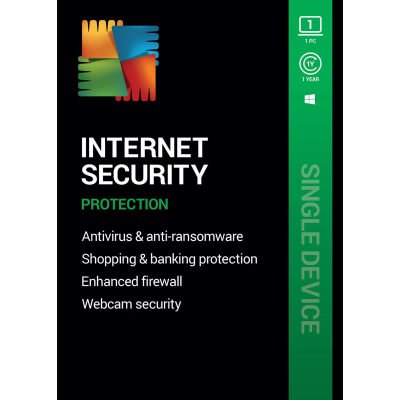