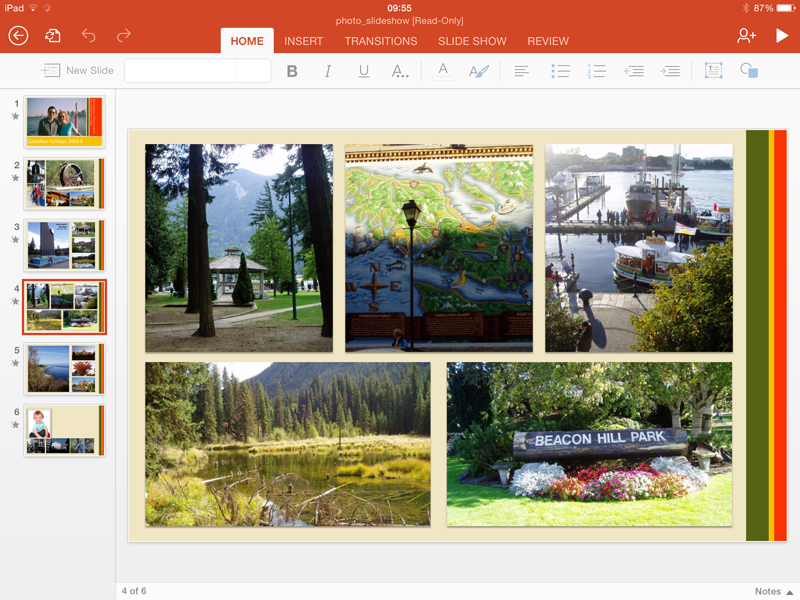 PowerPoint is one of three apps that make up Microsoft's Office suite for iOS users - Word and Excel are, unsurprisingly, the other two.

• Morph: Apply the Morph transition to easily move several objects at once.
• Annotate with Ink: With the tools on the new Draw tab, use your pen, finger, or Apple Pencil to write, draw, and highlight. (iPad only)
• 3D Touch: Use 3D Touch from the home screen to quickly create or open a file. (iPhone 6s or 6s Plus only)
• Fonts from the cloud: Download fonts on demand, when you need them.
• Spotlight search: Quickly find recently opened presentations in Spotlight. (iOS 9 required)

﻿Thank you for using PowerPoint.

PowerPoint for iOS looks great, is powerful and easy to use. If you have an Office 365 subscription it's a no-brainer, but if not, there are better value alternatives out there.