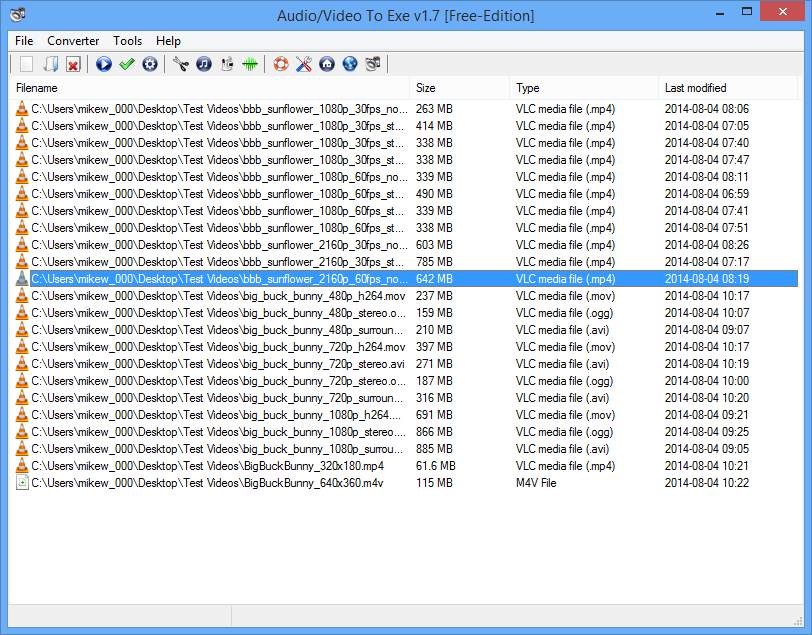 Audio/ Video To EXE is a free tool which can convert almost any audio or video file to a self-playing executable.

That is, you start with Video.mp4, but end with Video.exe. Run that file on any PC running XP or later and it'll play, no codecs or other player required. And as a possible bonus, it's much more difficult for others to convert, edit or do anything else with the source movie.

The program is extremely basic, and you'll figure out what to do in seconds. Click File > Open, choose your target audio or video file; click Converter > Create EXE, select a destination folder, and that's it: you're finished.

Audio/ Video To EXE has several bonus tools. including an audio/ video file format creator, an ID3 tag editor, and a module to cut audio or video files without re-encoding them. They're also horribly basic and can't even begin to compete with the best freeware. Audio/ Video To EXE is portable, though, and so they might come in useful if you need to convert an audio or video file on someone else's PC (for example).

Audio/ Video To EXE worked as advertised on our test PC, turning various media files into stand-alone executables which all played correctly. The main problem is this free build doesn't have a player console, so you can't pause and resume playback, jump forwards or back, or do anything other than sit and watch. The program window doesn't even disappear when it's finished playing; you're left to press Esc or close it manually.

A high-quality streaming music service for all your devices

Quickly tag your MP3 files that are lacking the correct information