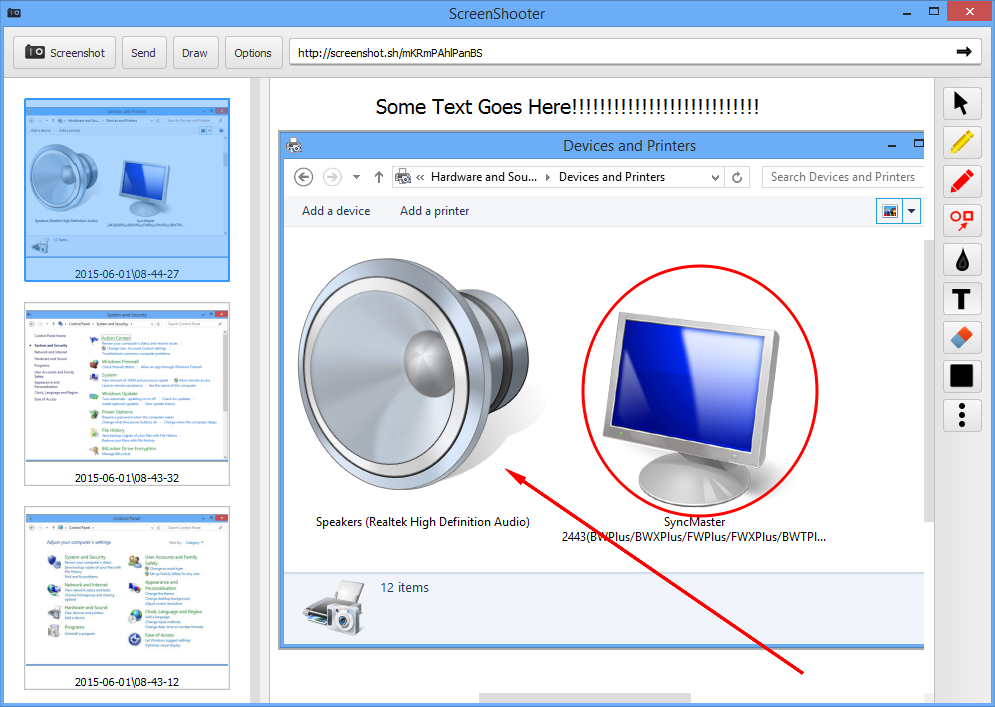 ScreenShooter is a free tool which makes it easy to take and share screenshots with others.

The program only supports the bare minimum of screen capture types: full screen, and a freehand rectangle. The rectangle type is a little awkward, too, as once you choose it the screen greys out and you need to position your mouse cursor using a separate pane showing a magnified area of the screen.

Once the capture is made, the image opens in ScreenShooter's editor. You don't have to do anything here, as your grab has already been uploaded to ScreenShooter's site, and assigned a link. If you want someone else to see the image, pass the link to them and they can view it immediately.

If you'd like to edit the image first then there are plenty of options to explore, including a text tool, highlighter, pen, line, arrow, rectangle, ellipse and eraser.

There's an option to open an existing image, which means you can edit and share that, too.

One point to consider is that ScreenShooter shares your grabs on its own server, screenshot.sh. How much can you trust them with what might be quite sensitive information? We've precisely no idea.

Of course the large companies aren't necessarily trustworthy, either, so ScreenShooter may actually be a better choice. One feature we do like is the ability to delete your capture from the server, so you can share an image for only as long as necessary, then get rid of it.

We're a little wary about sharing screenshots via a service we know nothing about, but ScreenShooter has plenty of editing options and is very easy to use.