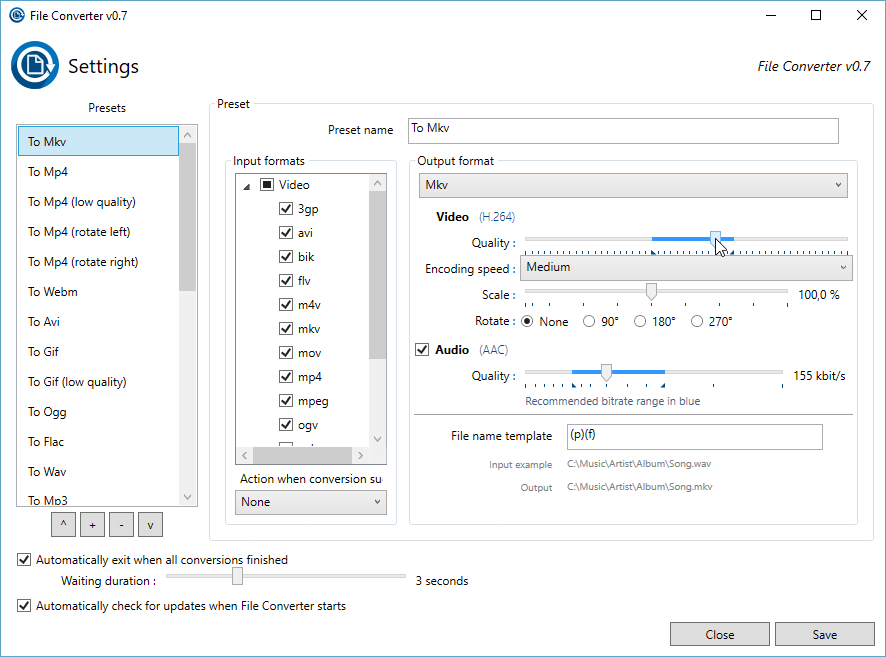 There's no system tray icon to get in your way, no bulky interface to navigate. Just right-click your selected files in Explorer, select File Converter > To... (destination format) and watch as the files are converted.

File format support isn't as wide as many other tools, but the program covers all the basics, and a little more (video > animated GIF).

Where File Converter really excels is in its configuration options. If the default settings aren't right for you, then you're able to change video quality, scale, encoding speed, set a rotation factor (90/ 180/ 270 degrees), set audio quality, or strip the soundtrack altogether.

Fixed: Issue where the scale was not working for image conversions depending on the application current language.
Tech: Include office library dependencies in package config (now you don't need to install office to build the project).
Tech: Upgrade Ghostscript to version 9.21.
Tech: Update ImageMagick to version 7.0.5.

File Converter is fast, lightweight and extremely configurable. It doesn't support many output file formats yet, but they'll come with time, and on balance the program gets a thumbs up from us.

Edit, convert and work with all your media files