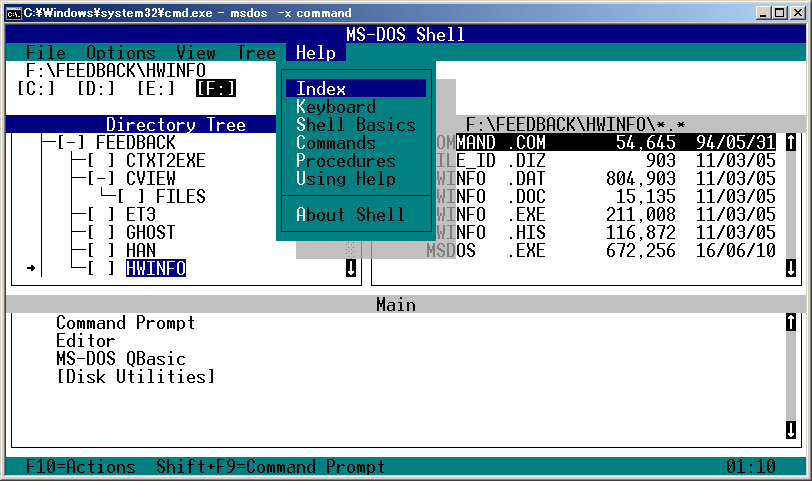 MS-DOS Player for Win32-x64 is a tiny DOS emulator which enables running simple DOS-only programs under 32 or 64-bit Windows.

The program doesn't emulate hardware like graphics or sound cards, which means it can't be used for running games or some other more complex software. But if you'd like to run something relatively small and simple, and Windows is currently telling you it "can't be run on your operating system", then MS-DOS Player may be able to help.

MS-DOS Player arrives with 8 binaries, each one emulating a separate processor and supporting 32, 64 or both types of Windows. If you don't know which you need, just head straight for the i86_x86 folder where you'll find a single msdos.exe file.

To test it, copy that file to the folder containing your dos executable file, then launch it from a command line, like msdos program.exe

If this works, great-- if not, msdos.exe has a few troubleshooting switches you can use to ignore invalid memory instructions, tweak memory handling, set the DOS version and more. Launch msdos.exe with no program name, or double-click it from Windows, to see your options.

MS-DOS Player can't run games or more complex DOS applications - DOSBox remains your best option there - but we found it handled smaller tools very well. It's supremely easy to use, and still being actively developed, so if other emulators won't run some ancient app then give this one a try.

Instantly close everything on your desktop