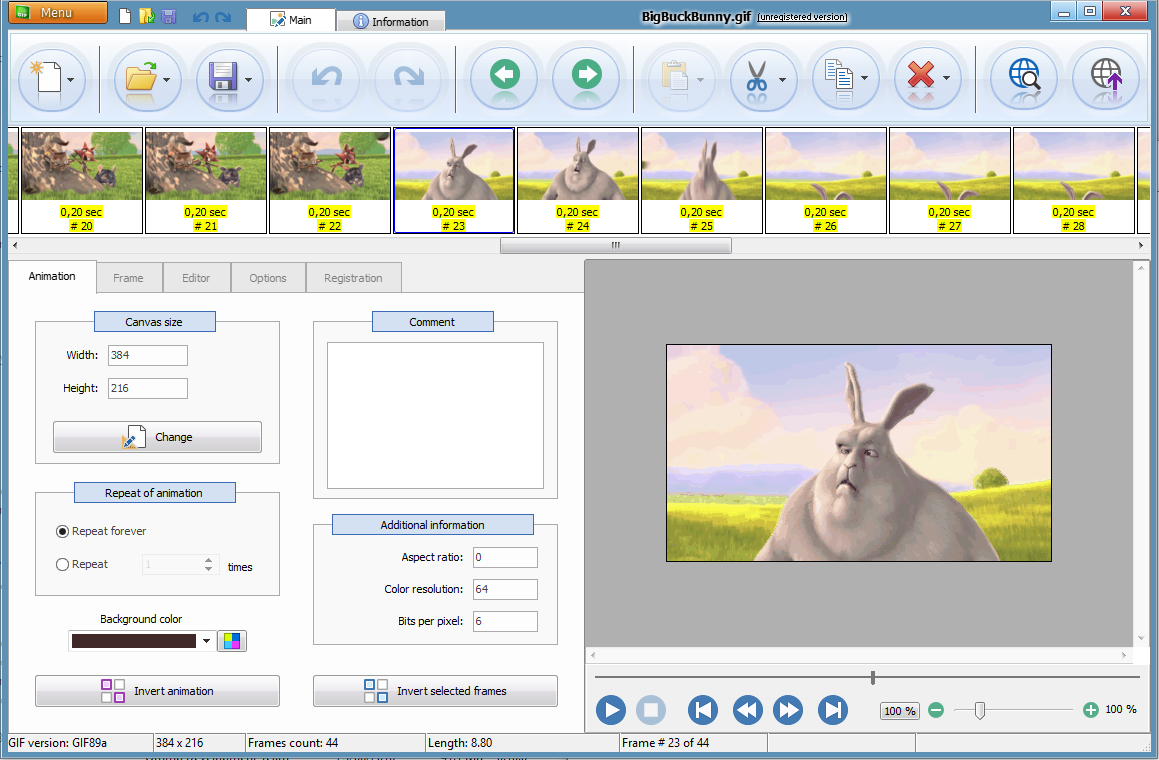 SoftDigi Easy GIF is a versatile suite of tools for creating and editing animated GIFs.

The program doesn't require any artistic or design ability. At a minimum you can open and edit an existing animation, resize it, remove or duplicate frames, change colours, apply effects, add captions, shapes and more.

These editing tools are far more capable than you might expect. "Line" doesn't just draw a line from one point to another, for instance: you get to control thickness, line and brush styles, line and fill colours, transparency, optional arrowheads, a shadow effect and more.

It's a similar story with the Text tool. You could use it to generate a simple horizontal caption, but it can also be displayed in a circle, an arc, maybe vertically, with rotated characters, in a custom size, with control over transparency, and maybe a shadow as well.

These objects and others - shapes, polylines, more - are vector graphics, too, for easier editing later.

The animation may be previewed at any time, and exported as a GIF (optionally packaged with a web page), an SWF or AVI video.

Built-in optimization tools can crop transparent areas, merge identical frames, play around with colour maps and generally reduce file sizes. This could make the program useful as a way to cut the size of an existing GIF file, even if you don't edit it.

In theory, the program can also create animated GIFs from videos, although this didn't work in our tests. If this is important to you, be sure to test the feature carefully.

Create spectacular morphing animations with the minimum of effort

Easily create and edit your own Windows animated cursors