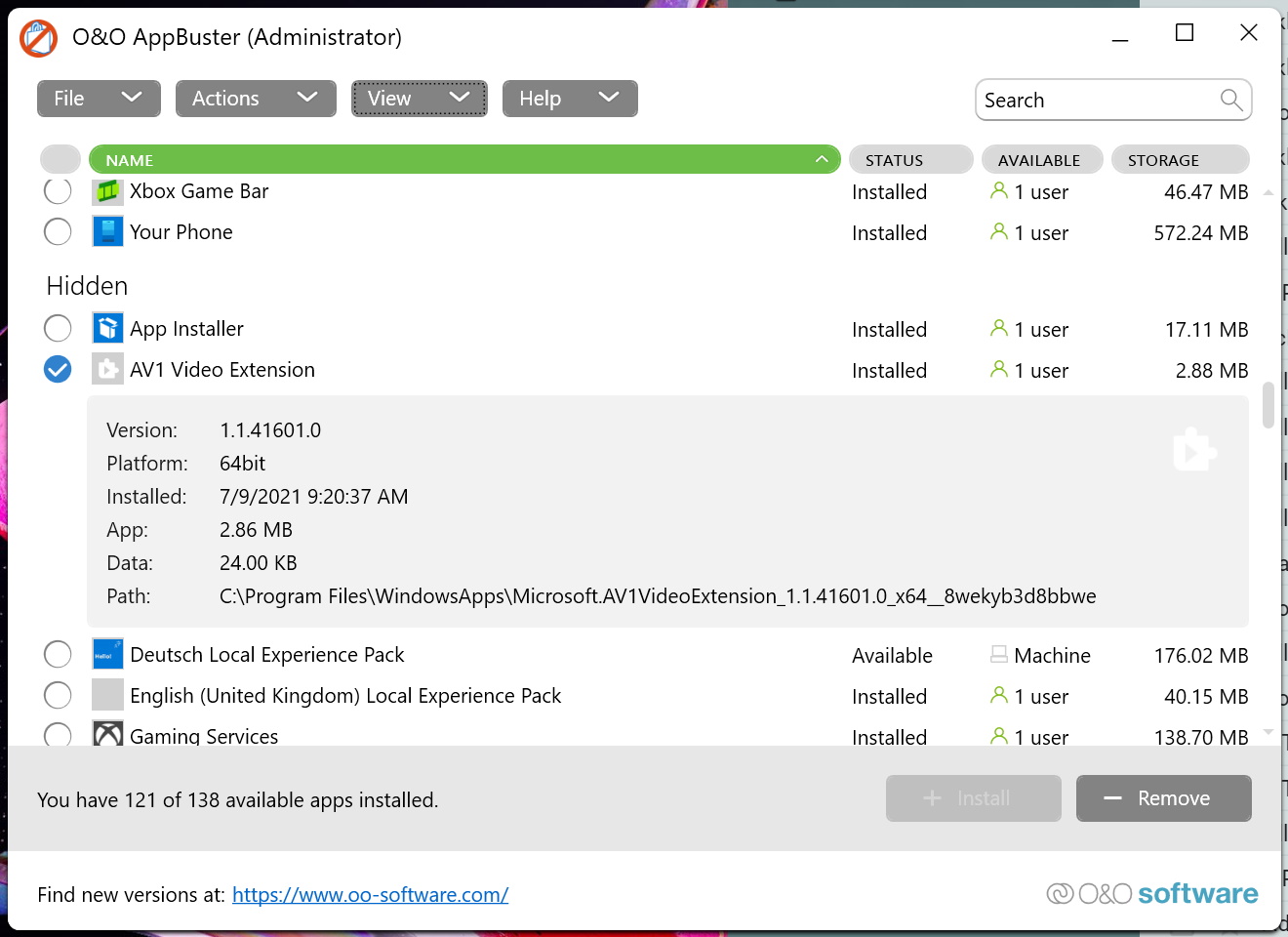 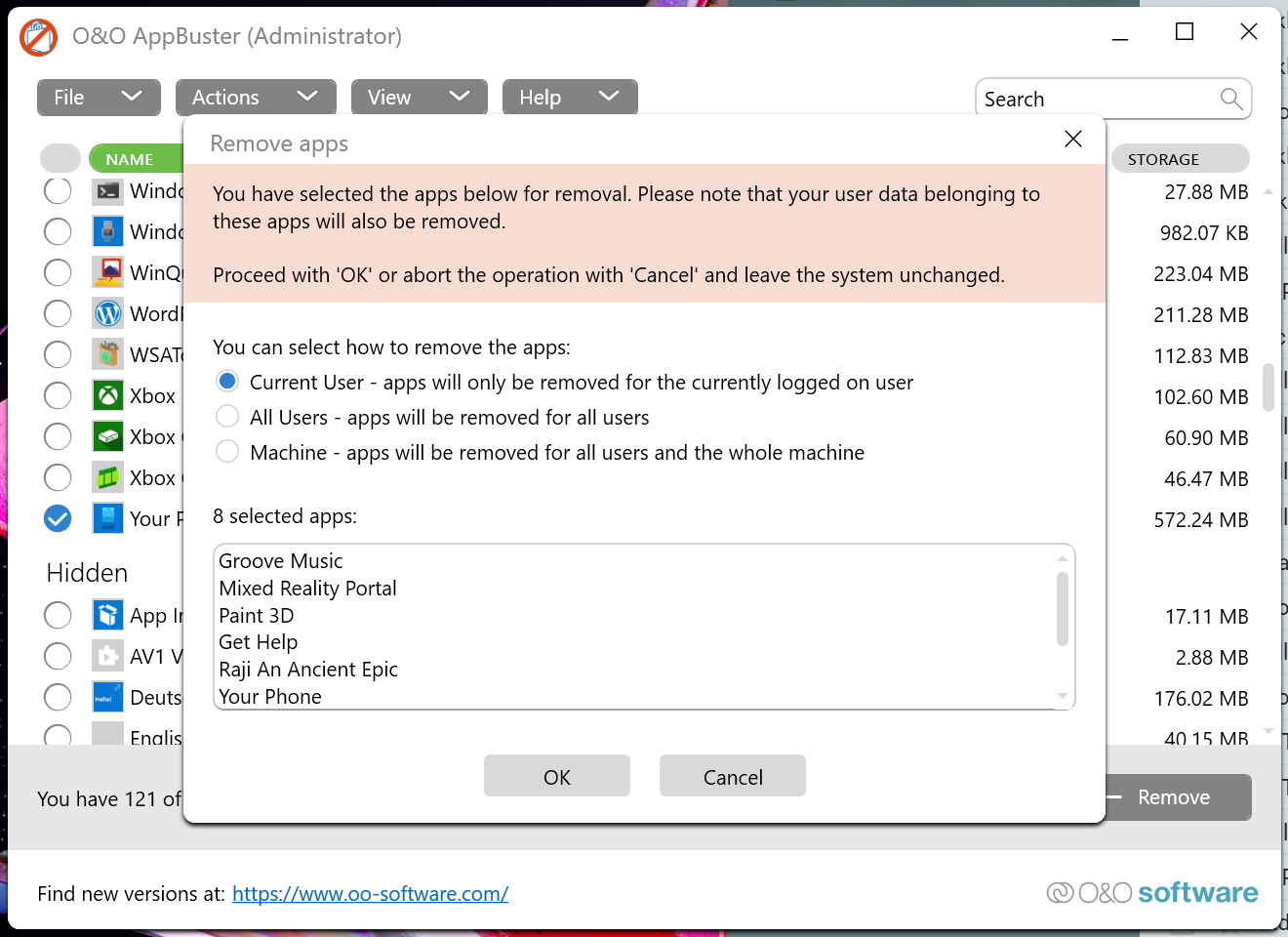 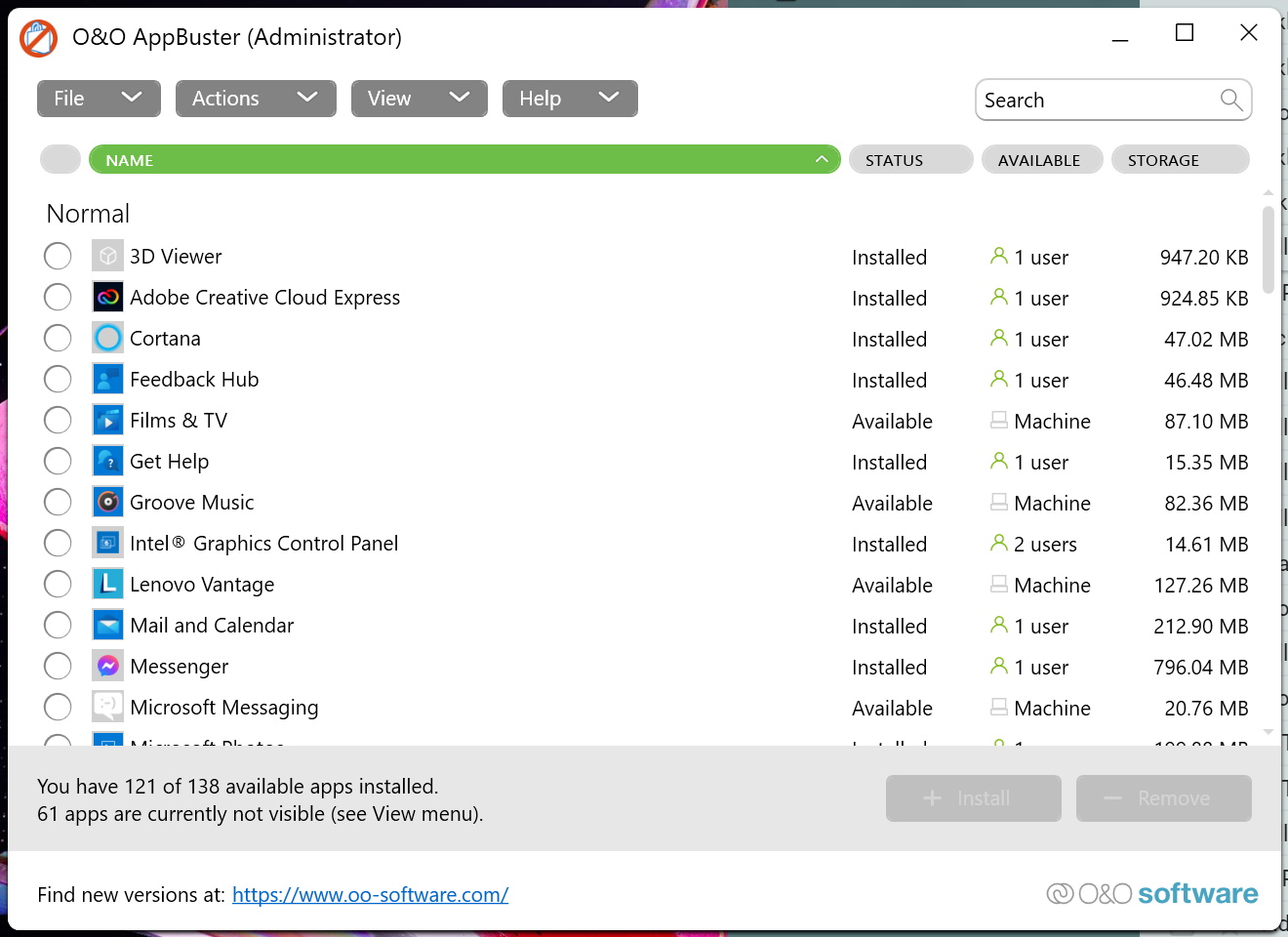 Install Windows 10 and you'll notice Microsoft has installed a range of apps it thinks you'll find useful. Truthfully, some are. For example, the weather app. Problem is, some are never used and take up a chunk of space. The Skype app at 441MB is one of the largest apps auto-installed by default.

If you're running short of drive space, you'll be surprised how much space these apps will hijack. Worse, and this isn't made clear, many Windows 10 apps are hidden so they can't easily be removed within Windows 10 itself. Examples of this include the Xbox Gaming Bar and more.

O&O AppBuster is a very simple tool which scans your drive and shows all your installed Windows 10 apps, your regular software, plus hidden apps. You can then view by drive space used and whether they are installed or have been removed. If you want to remove an app, simply click one or more and choose "Remove Apps".

Luckily, O&O AppBuster will also install previously uninstalled Windows 10 apps, too, if there's an app you want back on your system.

O&O AppBuster has now been updated to support Windows 11.

This is a simple tool which doesn't do a huge amount over and above what Windows 10 Add/Remove Programs will enable you to achieve. Useful to be able to see hidden apps and how much space they take up, however.

- NEW: Uninstallation for current user, all users and computers possible in one go
- NEW: Selection of normal and hidden apps possible via action menu
- NEW: Order of apps when uninstalling is optimized according to mutual dependencies
- NEW: Revision of the layout of the UI
- NEW: Dark mode is supported