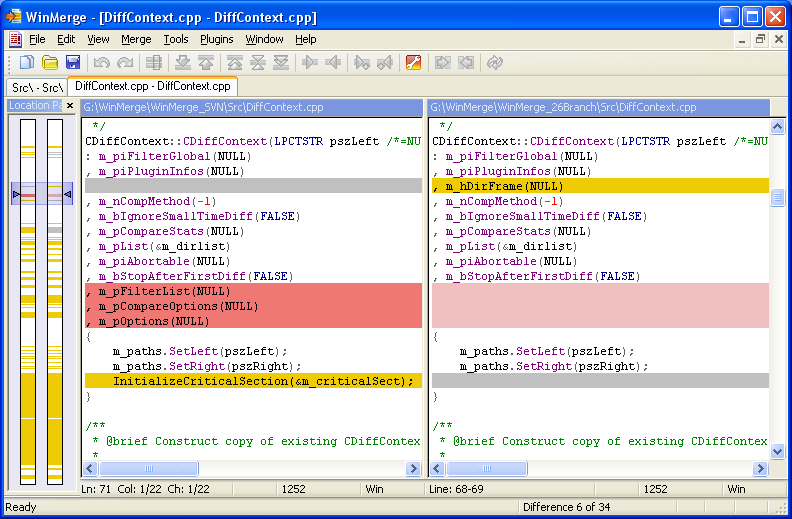 At its simplest you can use the program to compare two text files, visually highlighting the differences so it's easy to see what's changed. (Support for Unicode, and Windows, Unix and Mac text file formats mean it should work with just about any regular text file.)

The program is able to compare entire folders of files, too, making WinMerge ideal for identifying what's changed between versions of a project. And it can then merge these modifications with other files, updating them for you as required.

Note that this is the portable version of WinMerge.

Find out which versions of the .NET Framework are installed on a PC

Easily take snapshots of your Registry, then compare them to highlight any changes

Visually compare and view the differences between two text files