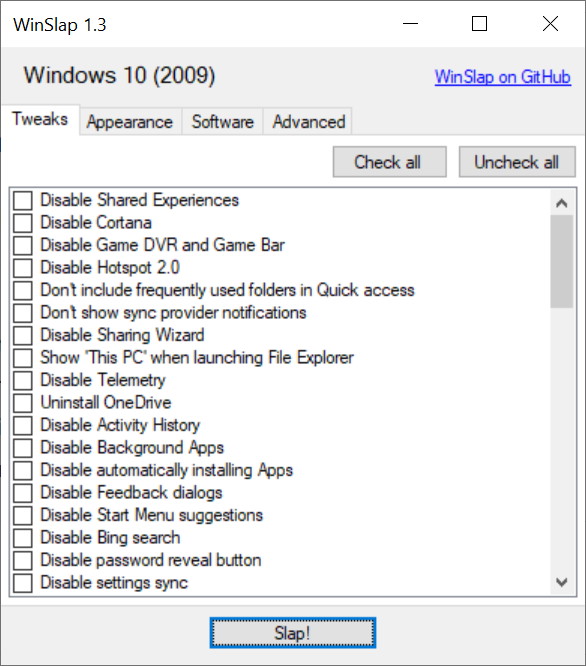 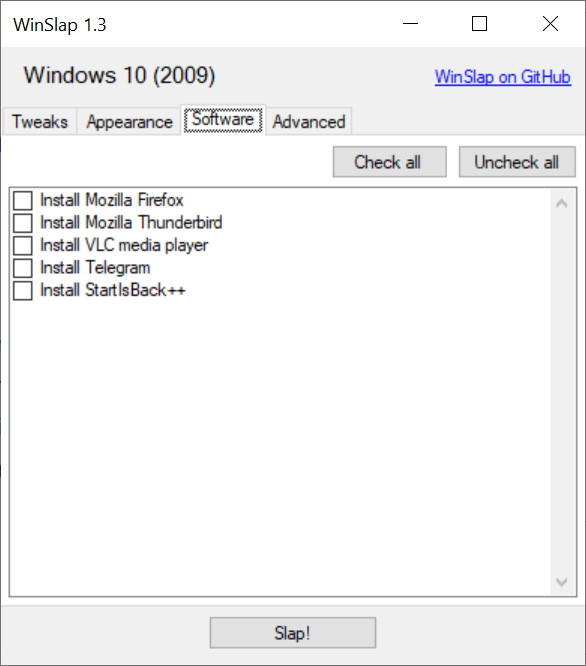 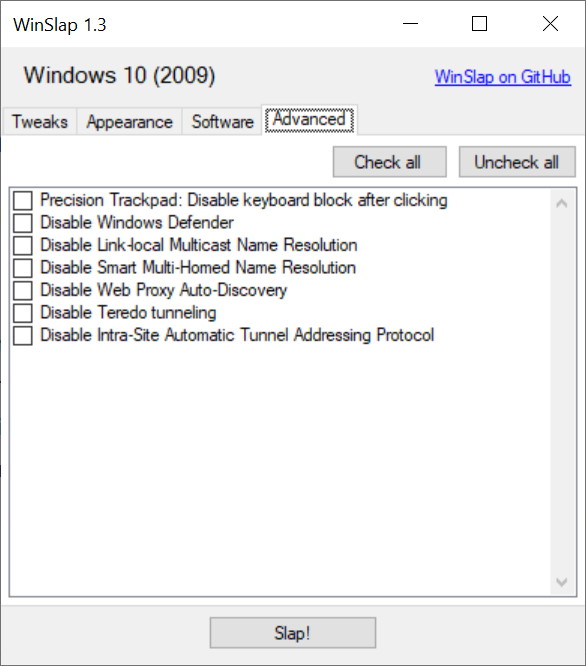 Although there is not really a shortage of apps to help you tweak and personalize Windows 10, anyone keen on taking control of their operating system will gladly welcome any new arrival. A relative newcomer to the scene is WinSlap, and it is aimed at the more seasoned and technically minded user.

While there are various tweaks on offers that let you change the appearance of Windows, WinSlap does not really focus on this. The tweaks and customizations options it includes are broken down into four sections – Tweaks, Appearance, Software and Advanced. The busiest section is Tweaks where there are numerous features of Windows that can be disabled, hidden and removed.

One potential criticism of WinSlap is that none of the setting are explained beyond fairly brief labels. This means that not everyone will be fully aware of the impact each change could have on their system, so it is important to be careful with anything that does not completely make sense to you.

An interesting including that perhaps shows the ideology of the developer is the Software tab. Rather than giving you the option of tweaking or removing software you have installed, this section gives you a quick and easy way to install a number of common and useful apps – Firefox, Thunderbiord, VLC, Telegram and StartIsBack.

The lack of explanatory text for any of the settings you can change with WinSlap make it pretty clear that this is an app for people who know what they are doing. While there is little chance of changing settings that will leave your computing unusable, it would be all too easy to change things in such a way as to make life rather difficult. As such, it is a good idea to exercise caution when using WinSlap, and perhaps take thew precautionary steps of having an up-to-date backup to fall back on just in case something goes awry.

This is a tiny app that packs quite a punch. While it may not be the most comprehensive tweaking tool out there, it managed to provide access to an impressive range of personalization options to help make Windows 10 your own. It's perfect for use after a fresh install, but it can also be used on a system that have been established for a while.