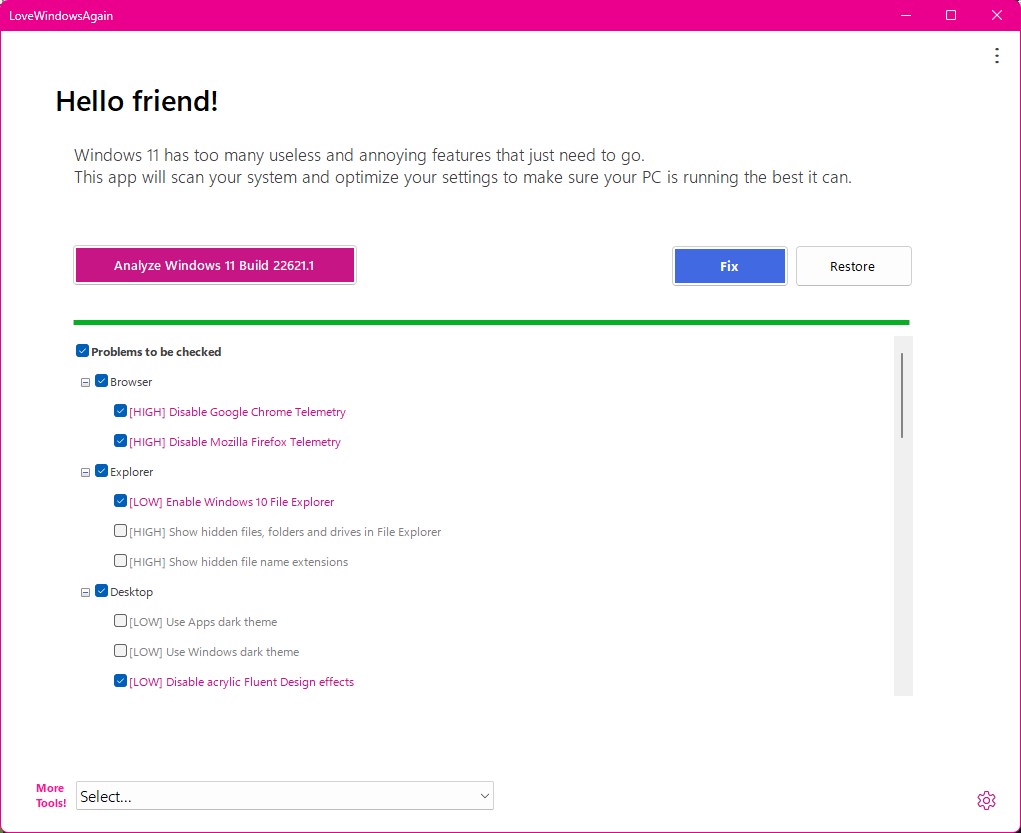 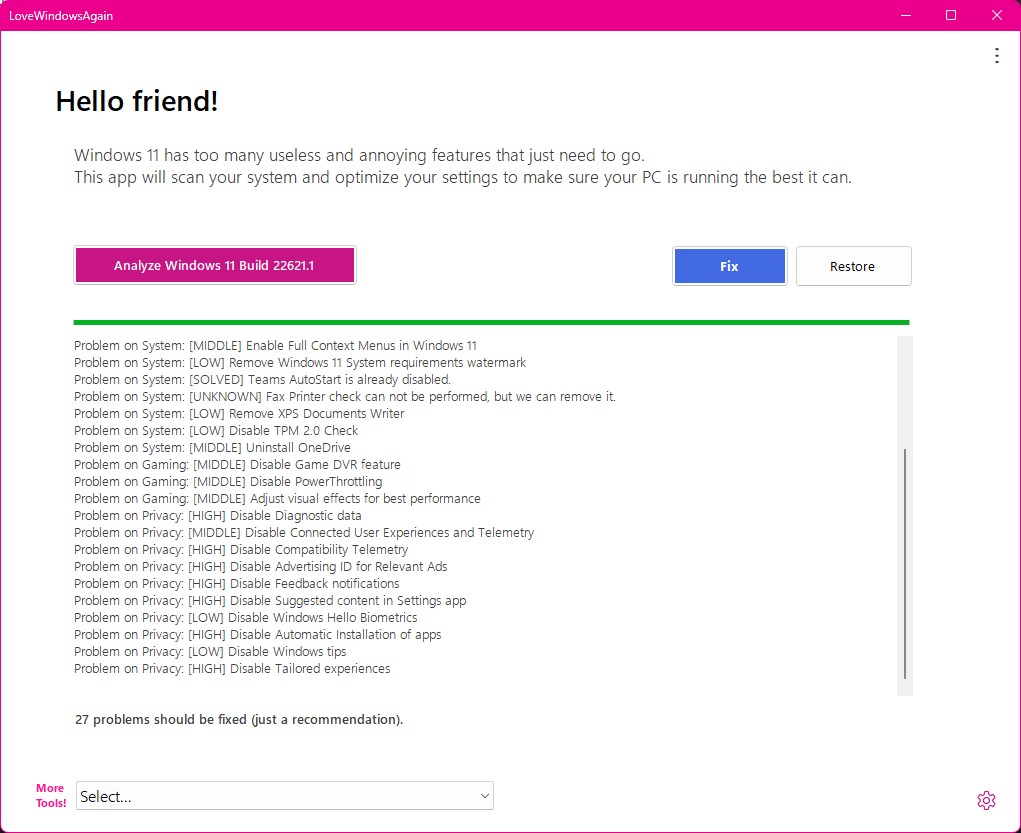 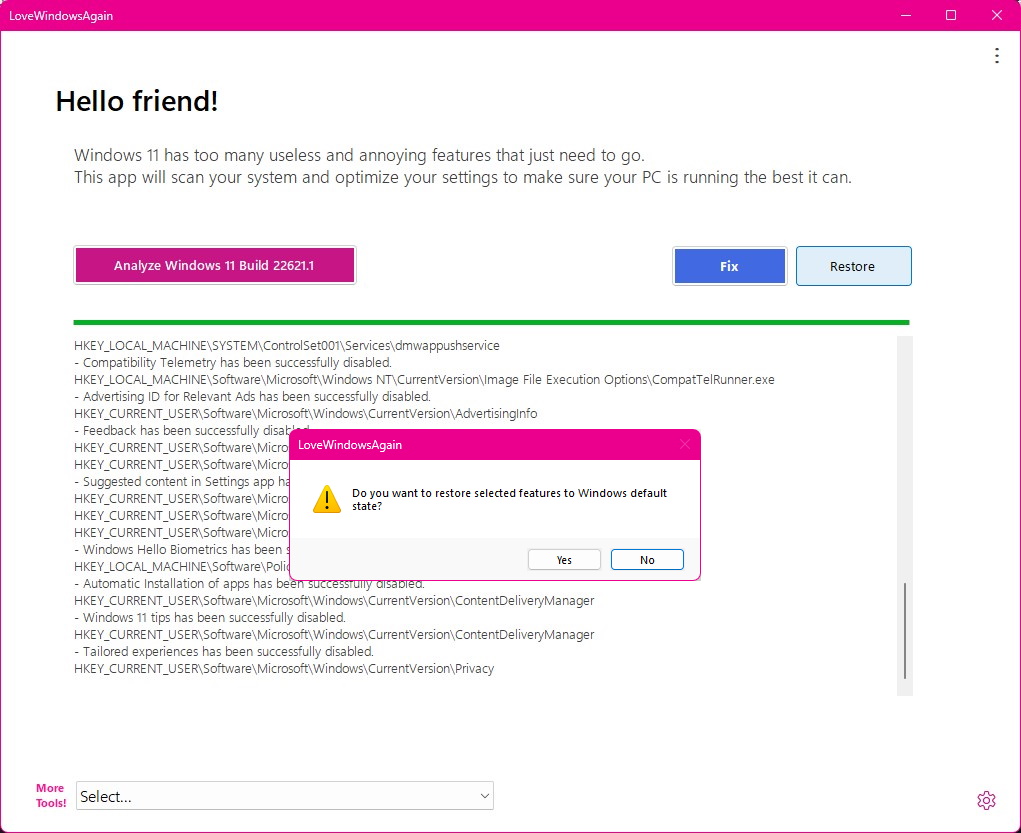 While there is an awful lot to love about Windows 11, there are plenty of features of the operating system that are hugely divisive. If you count yourself as someone who is finding it increasingly difficult to show Windows the affection you once did, the appropriately named LoveWindowsAgain is here to help.

The tool comes from the same developer who is behind the ThisIsWin11 tweaker, and it has a very similar look and feel. At its heart, LoveWindowsAgain is a simple one-click fix that lets you quickly eliminate many of Windows 11's irritating features.

Some of the changes that can be made are fairly obvious, such as getting rid of unwanted elements from the taskbar -- the search and chat icons being prime examples. But there are also those which are less obvious such as the option to remove the XPS Document Write if it is something you don't use. LoveWindowsAgain also helps to maintain your privacy by disabling various telemetry features.

There are two ways to use the app -- standard and advanced. Used in the more basic mode, you can opt to scan ou computer for issues that LoveWindowsAgain thinks should be addressed. Fixing these problems is then a simple matter of hitting the Fix button and any necessary registry tweaks and setting changes will be made for you.

You can also switch to Advanced mode which gives you the ability to manually select individual options and setting that you would like to enable or disable. Advanced mode is aimed at more experienced users, but no matter which approach you use, you have a handy Restore option in case you want to undo any changes you make.

While is fair to say that many of the options offers by LoveWndowsAgain can be implemented by using Windows 11's build in settings, it eliminates the need to know where to look and dramatically speeds up the tweaking process.

This is another wonderful offering from Belim stables that shows great signs of promise. Even in these early days of development, LoveWindowsAgain is already incredibly useful, and it is something that is only going to get better over time. This is definitely one to watch, but it's also well worth trying right now.