Use powerful scripts to tweak Windows, improve privacy and more 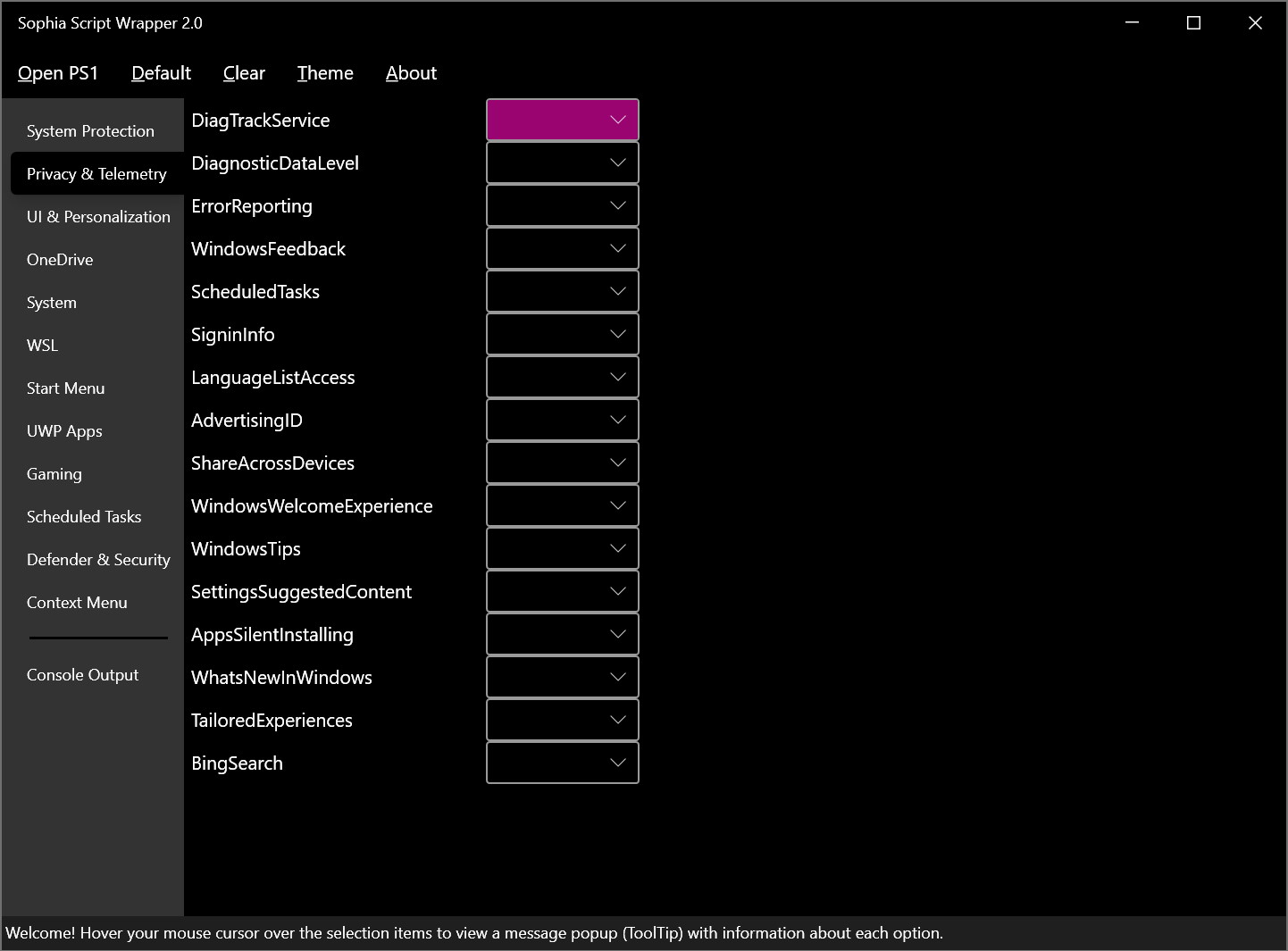 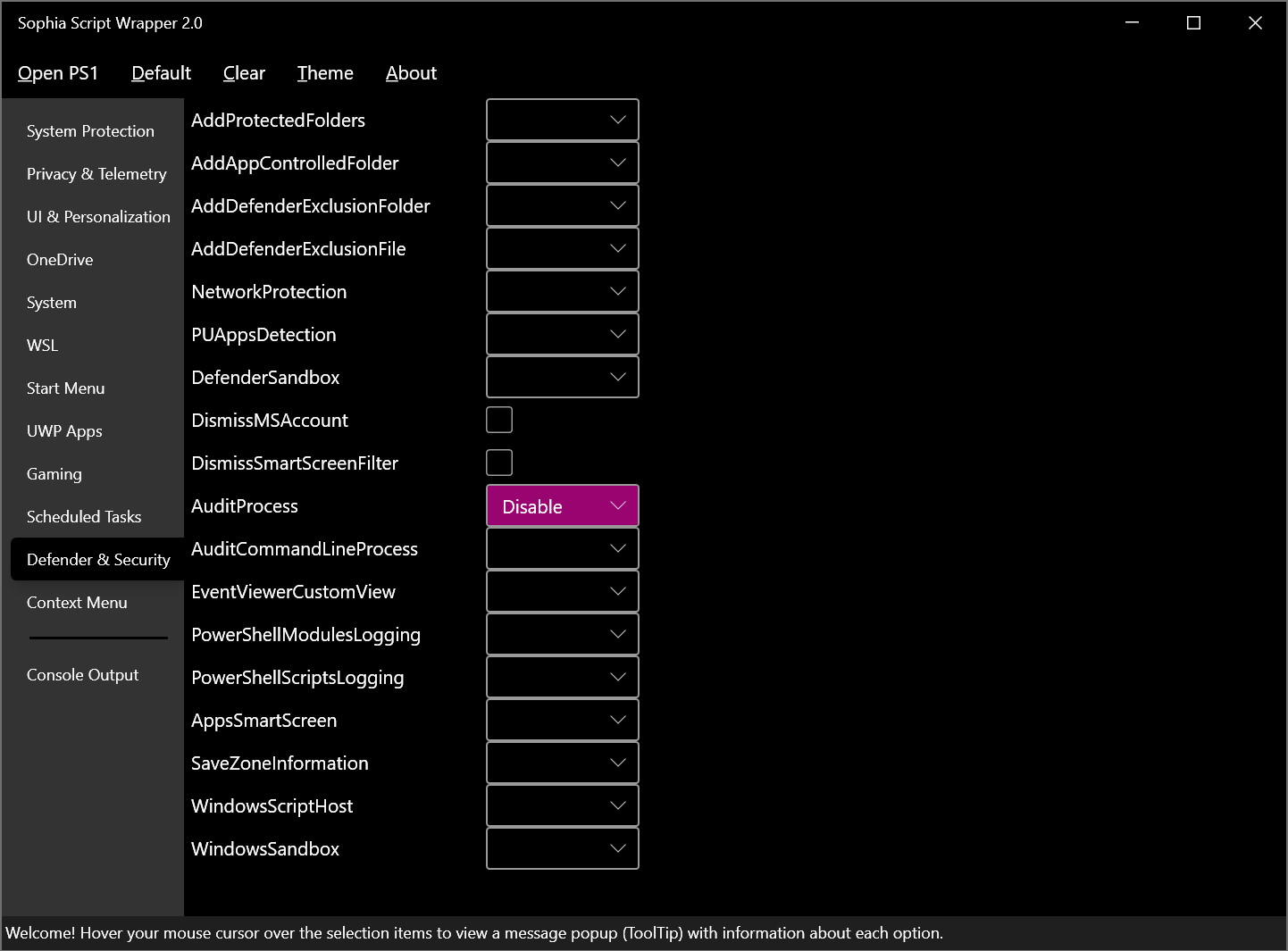 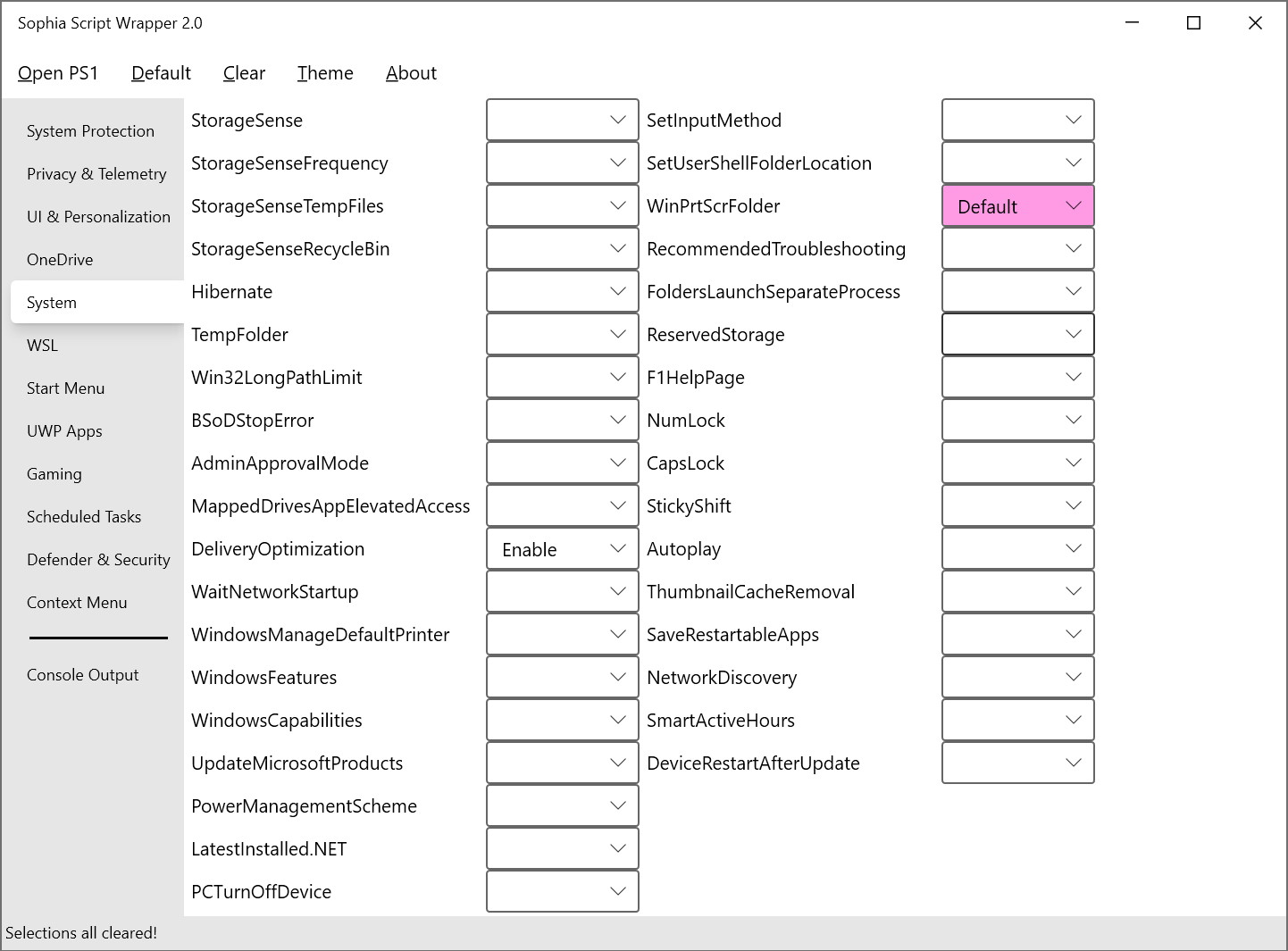 There are endless ways to tweak and customize Windows 10, and countless apps and tools that have been designed to make this not only possible, but simple. Quality varies massively, and while it is very easy to get hold of – or make, for that matter – a basic tweaking tool, something which will keep advanced users happy is something of a rarer beast.

Sophia Script started off its life under a different name – Windows 10 Setup Script. Time has seen it undergo not only a name change but also lots of development, but it remained, ultimately, a PowerShell script.

While using the incredible force of PowerShell lets Sophia Script reach the places many other tweakers can't, it also makes it rather inaccessible to the vast majority of people who are unfamiliar with the notion of working with scripts.

And this is where the Sophia Script Wrapper comes into play.

This is essential a way of giving the script a graphical user interface so it looks and functions, largely, like a normal app. That's not to say that this is an overly attractive or super-user-friendly piece of software. It remains somewhat scary-looking, but is significantly more approachable than it used to be.

With the wrapper in place, using Sophia Script is reduced to a simple matter of working through the various sections, checking options boxes and making selections from drop-down menus. You can do everything from changing what appears in the Start menu and context menus, to blocking telemetry and increasing privacy. In all, there are scores and scores of setting for you to  change, enabling yu to make Windows 10 completely personal.

It is safe to say that this is still not a tweaker that will appeal to everyone – looks are important, and the wrapper's not overly attractive – but its power goes far beyond that of your average tweaking utility. It is because of this fact that Sophia Script Wrapper is worth sticking with, bearing in mind that a new app is currently in development which will help to make life even easier.

Until the dedicated Sophia App is developed, this wrapper and script combination is just about as good as it gets when it comes to tweaking, customizing and personalizing Windows 10. There are just so many settings and options available here, and its great that such power and flexibility has been brought to people even if they are not comfortable working with scripts. Sophia Script is still slightly intimidating even with the wrapper, but not so much as to be a problem.

Bring old versions of the Start menu to Windows