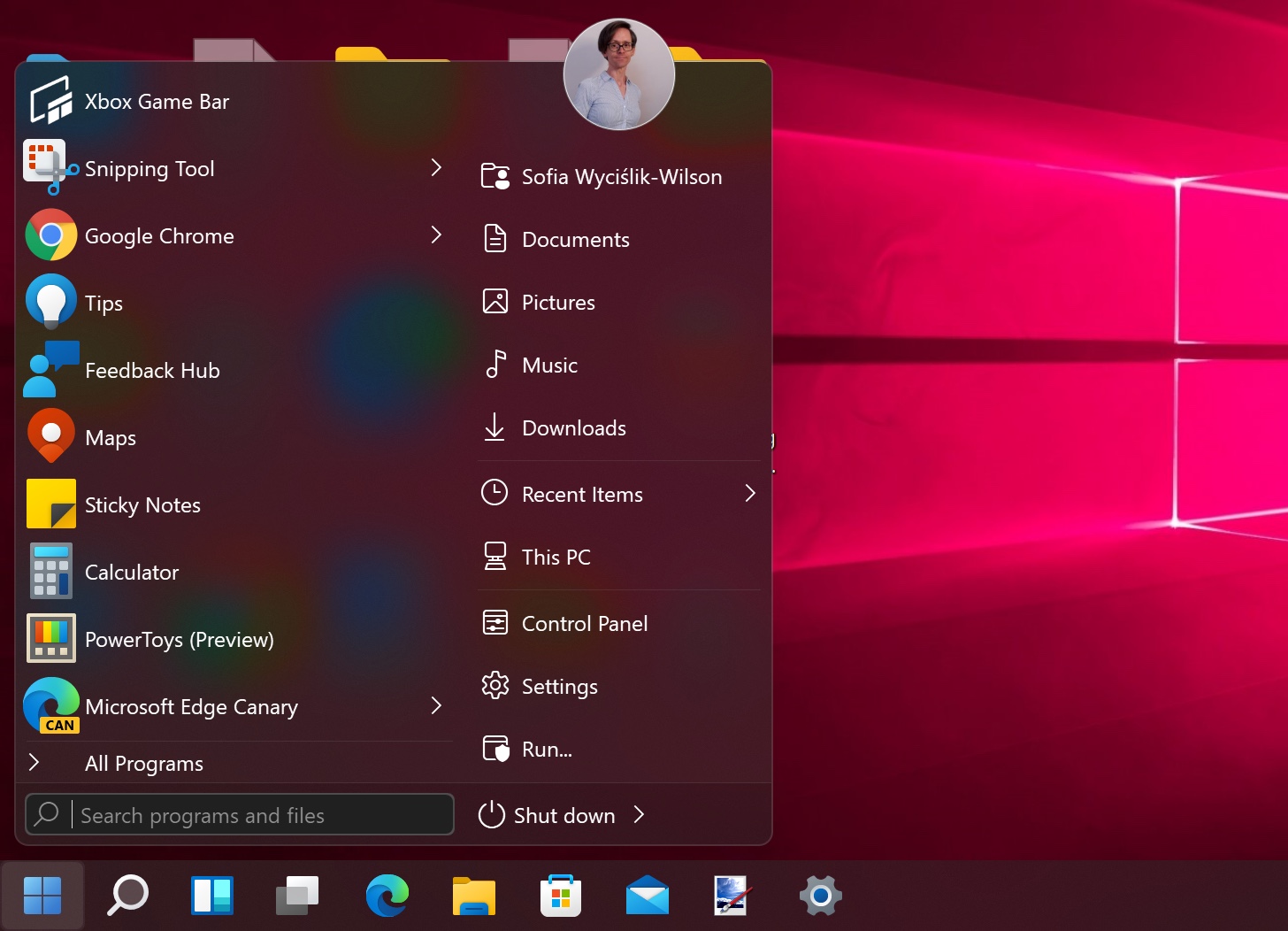 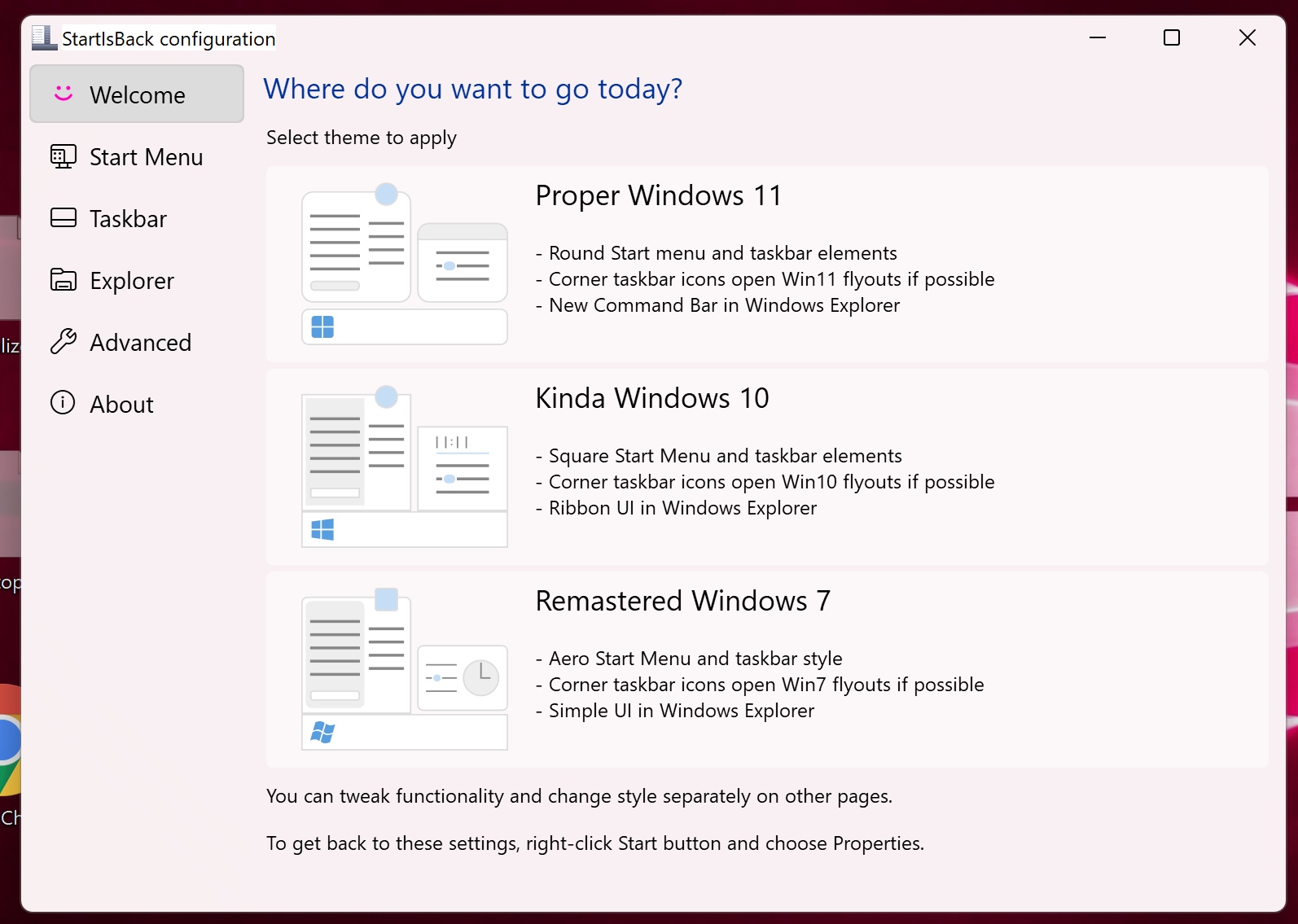 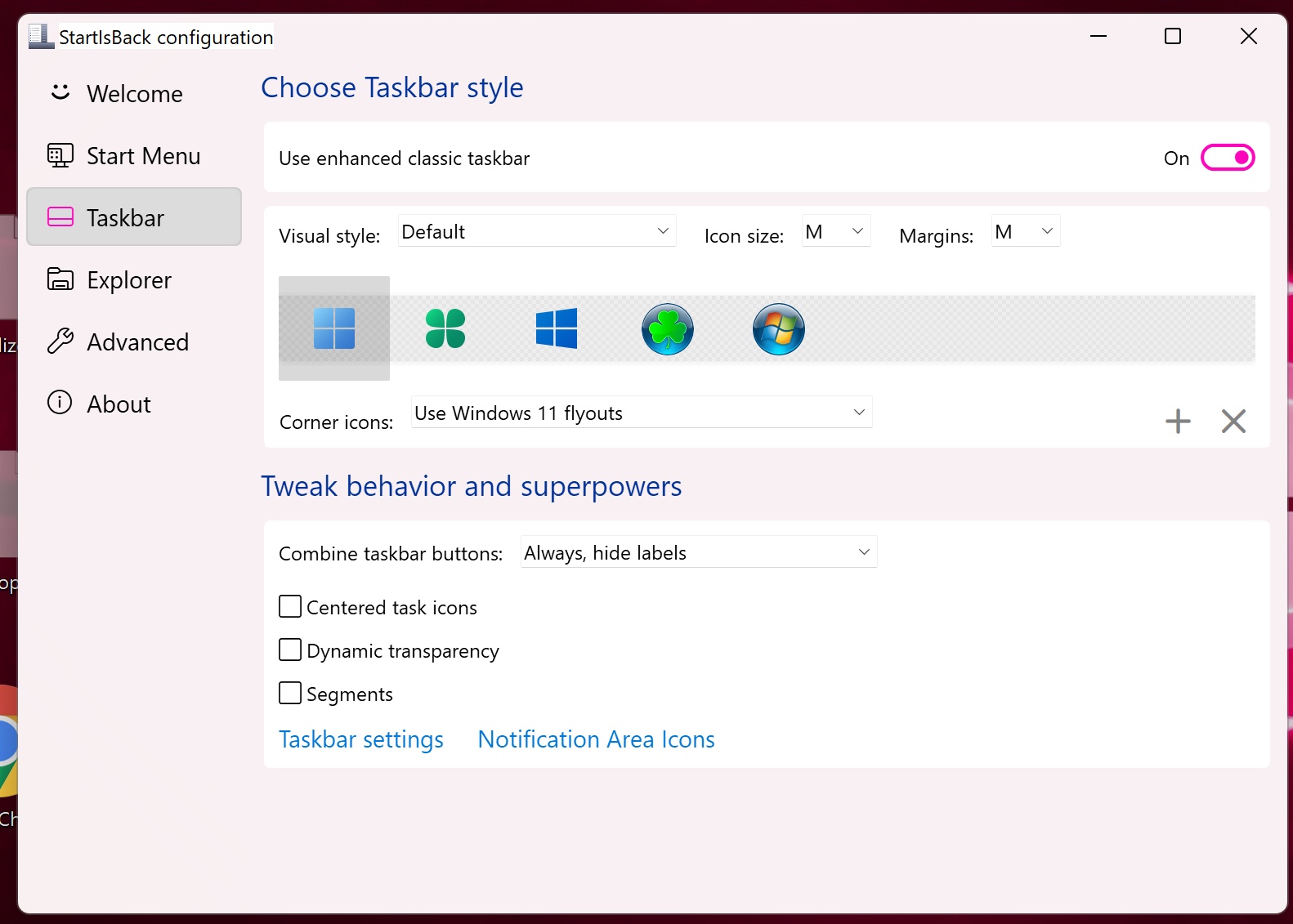 While there is a lot to love about Windows 11, there are a huge number of changes to the visual style. If you are one of the many people who struggles to adapt to the new Start menu and taskbar, StartIsBack could well be the tool you need.

This simple but powerful customization tool lets you replace the Windows 11 Start menu and taskbar with versions that look and act far more like those from previous versions of Windows. You can revert all the way back to the look and feel of Windows 7, opt instead for a Windows 10 style, or you can stick with a slightly tweaked version of what Microsoft had in mind for Windows 11. The choice is yours!

When you install the app, you will have to choose the settings you would like to use. If you want to change things at a later stage, you can return to the configuration screen by right-clicking the Start button and selecting Properties; strangely, there is no shortcut to StartIsBack within the Start menu.

But whatever basic style you opt for, there are lots of further customizations you can apply. You can choose what elements and shortcuts should be included in the Start menu, and indicate whether they should be added as shortcuts or menus. If you don't like the look of the Start button, this can be changed, and there are interesting taskbar options such as the ability to split it into segments rather than just being one continuous bar.

You can also use the program to tweak the way Explorer looks, again opting for the look and feel of an older version of Windows if you prefer. There's a great deal to explore in the way of settings and options, making StartIsBack very appealing for anyone who likes to be in full control of the appearance of their computer.

It is worth noting that while StartIsBack is free to using during the beta testing period, when the software launches properly, it will have a price tag attached to it. At the moment it is not known precisely what the cost will be, but as the Windows 10 version of the tool was incredibly cheap, it is safer to assume that the new version will be similarly priced.

A brilliantly executed tool that helps you to take a step back in time and revert to a more familiar Start menu. For fans of tweaking and personalization, as well as anyone who just misses the old Start menu and taskbar, this StartIsBack is near-essential.

Start several applications at one with this handy launcher tool