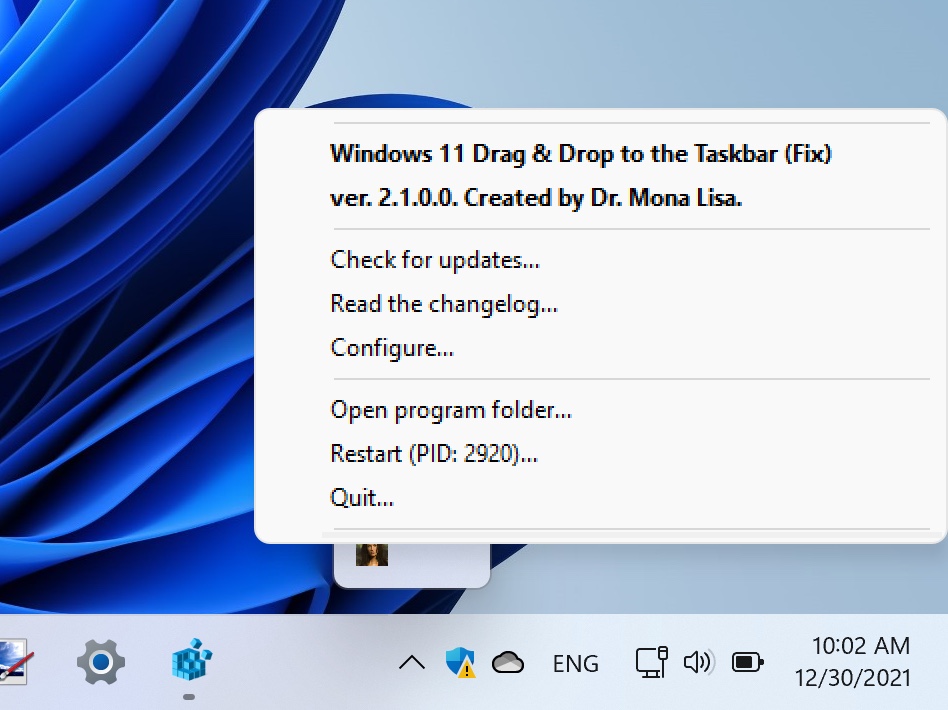 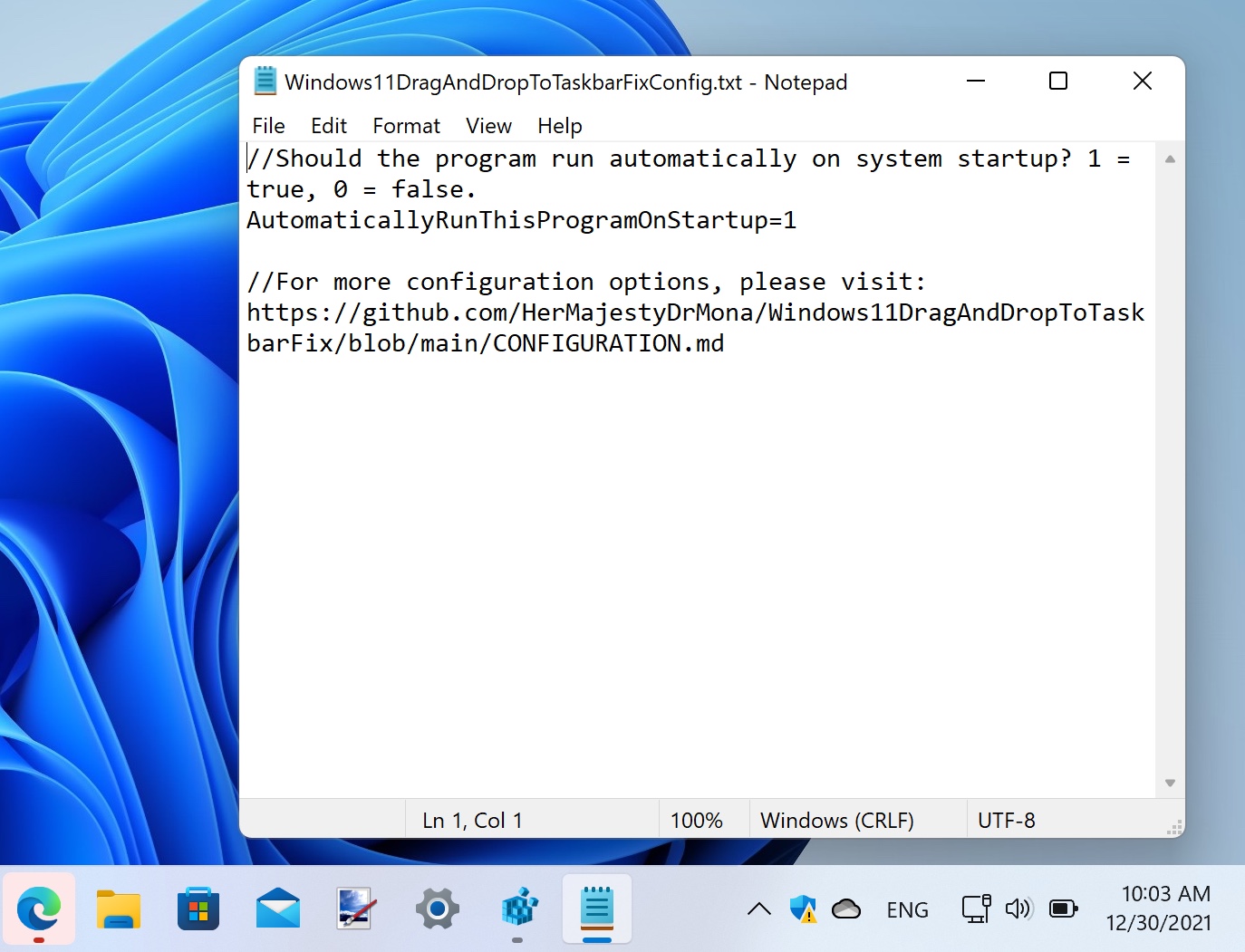 Much has changed in the jump from Windows 10 to Windows 11, not least of which is the major overhaul Microsoft has given to the Start menu and taskbar. This means more than just a new look, as there are also various new options and features associated with both. But, as with other areas of the latest version of the operating system, there have also been changes that have reduced functionality in some ways. One such area is the ability to drag and drop items onto the taskbar.

It is not clear quite why Microsoft decided to remove drag and drop functionality from the Windows 11 taskbar, but it is something that has caused frustration and annoyance for many users. If you're one of the people who have been frustrated by this particular change, the appropriately (if rather lengthily) named Windows 11 Drag & Drop to the Taskbar (Fix) is here to help.

This is a simple portable app which you can leave running in the background at all times if dragging and dropping content onto the taskbar is something you miss and need the option frequently. Why might you want to do this? Well it can prove handy if you would like to open a document in an application other than the one the file type is associated with.

So, for example, you could drag a .jpg image from your desktop onto an image editor shortcut on the taskbar to open the picture in that program.

Windows 11 Drag & Drop to the Taskbar (Fix) is an o0pen source tool, and when you have it running you will be able to achieve precisely this, just as you have been able to in previous versions of Windows. It's a very simple idea, but one that has been executed well... although there are some limitations to keep in mind.

While the program is able to determine whether you have the left or right mouse button pressed when you drag and drop, it is not possible to drag and drop a shortcut to the taskbar to pin it in place. There are also no plans to add this functionality. Additionally, there is no automated While this is not a tool that everyone will need, there are plenty of Windows 11 users who crave the exact functionality it offers. In terms of achieving what it sets out to do, Windows 11 Drag & Drop to the Taskbar (Fix) hits its goal. It’s a beautifully simple tool that sits quietly in the background very unobtrusively.update checking option within Windows 11 Drag & Drop to the Taskbar (Fix), so you will have to manually check to see if there are new versions available from time to time.

Free up space in the taskbar by grouping app buttons together