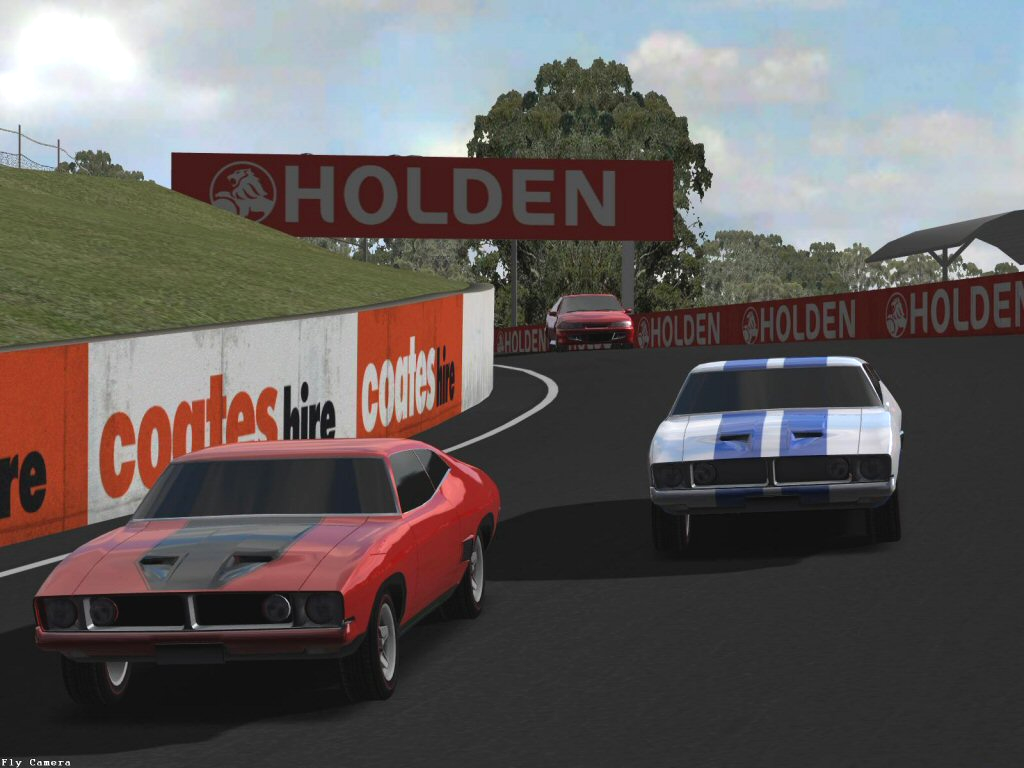 You get to choose from four powerful V8 cars, two tracks (Adelaide or Bathurst) and a host of racing variables. Would you like ABS, for instance? Traction control? Automatic, or manual transmission? How many opponents? (You're allowed up to 11.) Make your choice and in a click or two you're thrown straight into the fast-paced, photo-realistic racing action.

There's no need for any special controller, everything is powered from the keyboard. By default you'll use the left and right arrow keys to turn, the Up arrow to accelerate, down to brake, A to shift you up through the gears and Z to drop back down, amongst others. (There's also a handbrake, but we'll leave you to find out what you can do with that yourself.) Once you've completed a race or two it'll probably all be second nature, but if you do have any problems then you can remap the keys to whatever you like.

There are many ways to play Driving Speed. Initially you'll just be learning, playing against the computer. As you get better you can compare your lap times with those of other players from around the world. And it's easy to play against friends on your own network, or over the internet with up to 8 players.

If you enjoy Driving Speed, then you might want to take a look at the commercial version, Driving Speed Pro. It has more cars, more tracks, more features, and is yours for a mere $9.95 US. Find out more on the WheelSpin Studios site.

Driving Speed 2 has to be the best free racing game around. Go download it immediately

The dark world of Liberty City comes to iOS