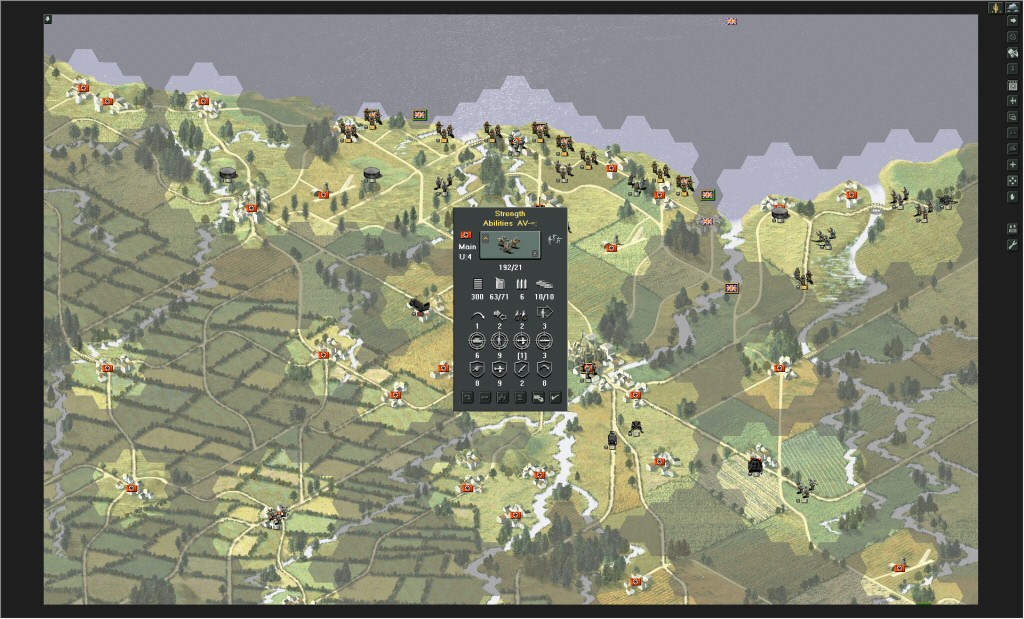 Open General is an open-source "evolution" of Panzer General II, a classic turn-based strategy game from 1997.

The program starts during the Spanish Civil War and provides a series of campaigns to take you through World War II. Just one - "Guderian's Gambit..." - makes you a panzer commander, and sees you tasked with eliminating the Poles and crushing the French, before heading east and attempting to take Moscow (often just as bad an idea in the game as it was in real life).

If that sounds too lengthy then you can always just open a scenario, a single battle with a smaller, sometimes turn-limited goal. Again, you're playing the Axis forces, and can try anything from attacking Madrid in 1938, to invading Malta, pushing back the allies from North Africa, Salerno or Normandy, and engaging Russia in various assaults.

If you've played turn-based strategy games before then Open General should feel reasonably familiar. You'll open with some units on a hex-based map: artilley, tanks, infantry, mortars, air power, more. Move them to suit the scenario objectives, and enemy units are likely to appear. The computer then takes its turn, battle begins, and the process continues until someone is defeated or their objectives are achieved.

The graphics are relatively basic, as you'd expect for something based on a game from the 1990s. But they're good enough, there's strong attention to detail with music, sound and so on, and the project is still receiving regular updates, squashing bugs and extending its gameplay with new functions and features.

An excellent extension of a classic turn-based war game.