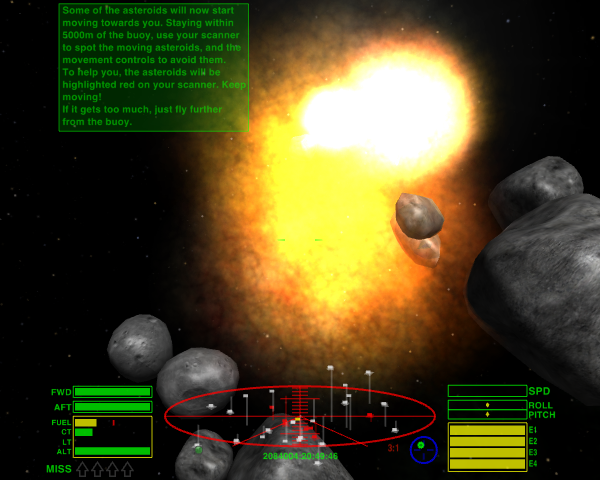 You start at a space station, the proud owner of an underpowered Cobra III ship, a small amount of cash, and very little else. You'll need to earn some credits, and quickly, to upgrade your ship and survive, but how to do that is up to you: mining, trading, smuggling, acting as a courier in dangerous systems, attacking other ships to steal their cargo, maybe salvaging the wreckage of someone else's battle: there are plenty of options.

If you prefer more of a story, there are also some missions included, which can send you right across the galaxy on some vital task.

There's some depth to this. Planets may be agricultural or industrial, have their own systems of government or levels of technology, different goods to buy and sell - it's up to you to figure out where the best profits, and the greatest dangers, are to be found.

You're not alone in the galaxy, either. There are other traders around, miners, pirates, who'll interact with each other, and (maybe) you. And your actions can have consequences (too many pirate attacks will soon attract the attention of the police).

Factor in a good range of expansion packs and there's enough to keep most people entertained for a very long time.

"Oolite 1.84 has been released, introducing new features and capabilities for improved gameplay and user interface."

It takes a while to learn and master Oolite's various aspects, but invest the time and you'll be rewarded with a whole universe of engrossing gameplay

An open-source Risk-like board game

Play a round of golf on your iPhone or iPad