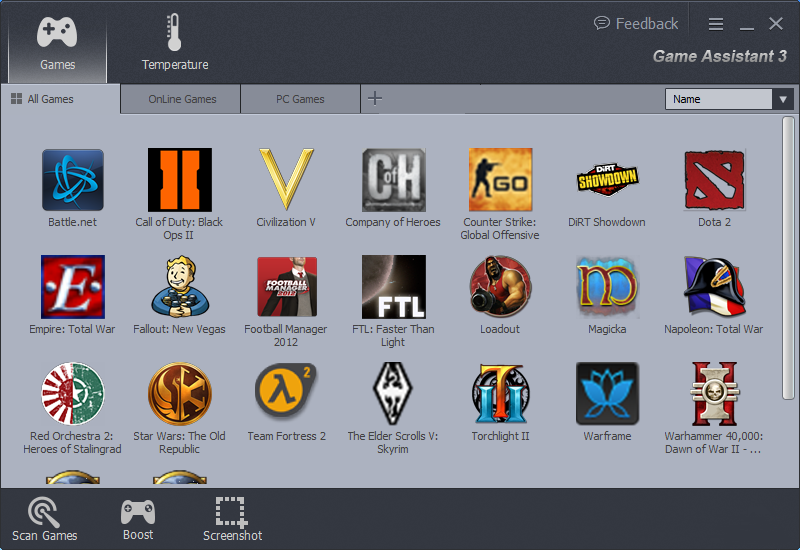 IObit Game Assistant is a free tool for organising your games, monitoring and improving their performance.

The program automatically recognises over 4,000 games, making them available from a built-in launcher. You can add other local or web-based games in a few clicks.

Bundled CPUID technology monitors the temperature of your CPU, graphics card and motherboard, as well as your fan speeds. These can optionally be displayed within 3D games, and/ or you can have Game Assistant alert you if any temperature exceeds a certain value.

A screen capture tool records your latest gaming triumphs on demand. This isn't anything special - there's no built-in editor or direct upload to Facebook - but it's an improvement on Windows, with good control over the area you'd like to grab.

Finally, a Boost feature automatically closes your chosen applications when a game is launched, freeing up valuable system resources.

There's nothing exceptional about Game Assistant's modules. It's not difficult to find better launchers, hardware monitors or game speedup tools. IObit's versions work as advertised, though, and if you don't currently have anything similar - and don't want to spend an age trying individual applications - then it's probably worth a look.

Monitor the temperature of your processor