A low-level view of your PCs RAM usage 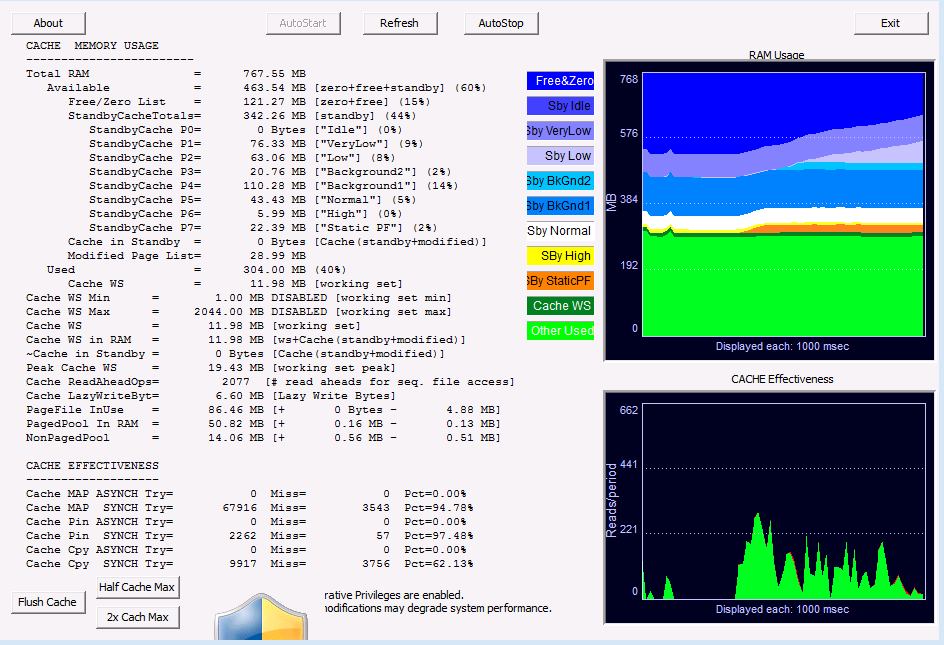 ATM is an expert-level tool which allows you to investigate your PC's RAM use.

In particular, there's in-depth information about the system file cache, memory standby lists and Superfetch performance, as well as (on Windows 10) memory compression.

This looks a little intimidating at first glance, because most of the data is presented in a huge block of text. But once you've scanned down the list, spotted the data you're interested in, it all makes a lot more sense. (And arguably it's better to see all the data at once, than spreading it across multiple windows.)

The graph on the right side of the window is more straightforward, graphically plotting your memory usage over time (used, cache, system, standby, zeroed, more).

There are also buttons to clear various standby lists, process working sets and more, freeing up RAM and displaying the results in real time.

The program has no help file, but there is a basic outline on its web page.

A detailed RAM explorer which runs on anything from Windows 2000 up. Beware, it's intended for expert users only, so there's no hand-holding: if you don't know what standby lists or working sets are, this probably isn't a tool for you.