Capture and record your desktop 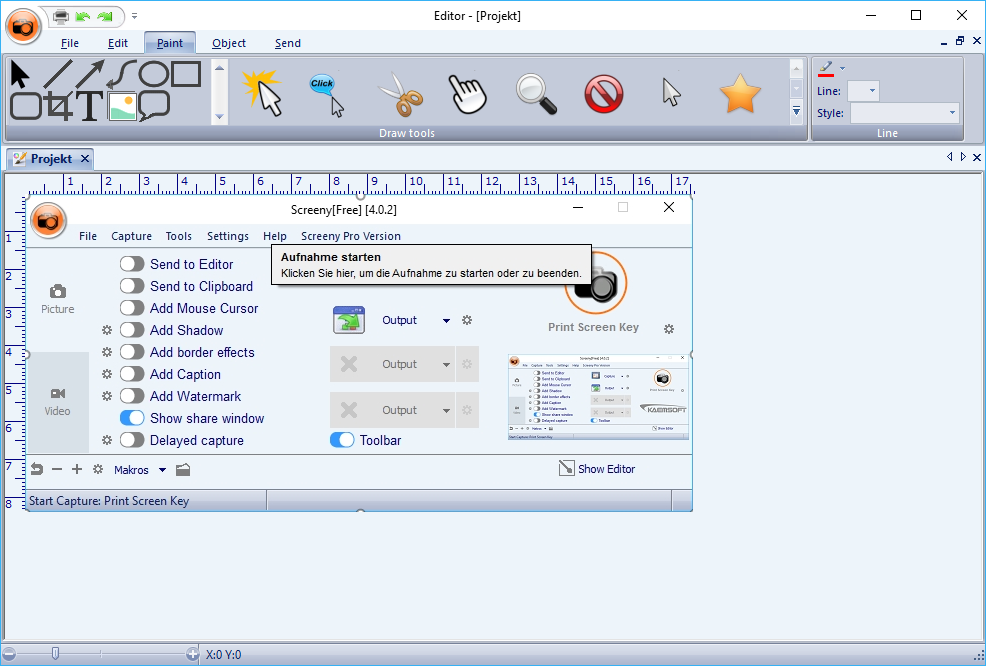 Screeny is a powerful screen capture and desktop recording program.

Whatever you're capturing can be instantly processed by including the mouse cursor, adding a shadow, border effects, a caption, a watermark and more.

Not enough? Open the capture in the built-in editor and paint tool, where you're able to add arrows, ticks, question marks, stars, and otherwise enhance and annotate the pic.

When you're ready, there are buttons to save the image as a file (PDF or image), print it, send it as an email, open it in the default application, or send it to Word, Excel, PowerPoint or MindManager.

There's also the ability to record your desktop, complete with audio. You could record yourself working on the built-in whiteboard to create an instant presentation, eventually saving the results as an AVI (the commercial edition also records in WMV, FLV and SWF).

Screeny is a seriously powerful screenshot tool, but the sheer volume of features means it's sometimes awkward to use. The fact that a lot of text hasn't been translated from the original German doesn't help, either.

Capture part of the screen and keep it in view