Blast your opponents to pieces in this Scorched Earth clone 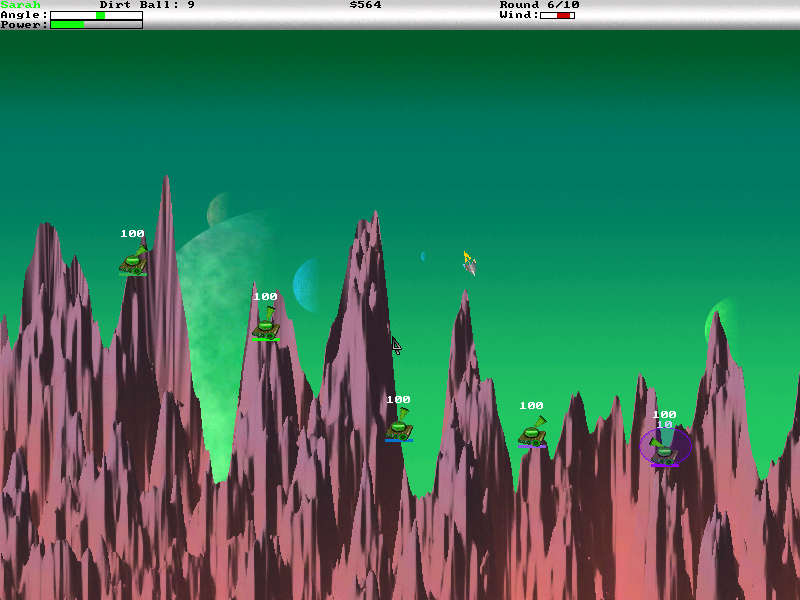 Atomic Tanks is a simple Scorched Earth-type game where you take control of a tank, and have to destroy your opponents before they can get you.

It's a fairly basic idea, to put it mildly. Your tank icon sits in one part of the screen, up to 9 enemies (human or computer controlled) are dotted around, and you attack them by choosing a weapon, deciding on an angle and power setting, and opening fire.

Initially, of course, there's plenty of trial and error, you'll miss rather a lot and games will be brief. Soon you'll get the hang of it, though, and as you begin to destroy the opposition you'll earn game credits. These can be used to upgrade your firepower with smarter and more destructive weaponry, as well as buying fuel, which allows you to move around and avoid incoming shells.

And that's just the start. There are plenty of other complications and possibilities to help keep you interested - weather, parachutes, teleports and more - and so if you're keen on this kind of retro game then there's plenty of fun to be had here.

The graphics are basic but the gameplay is great, and once you've mastered the basics Atomic Tanks could keep you entertained for hours

Blast your opponents to pieces in this Scorched Earth clone

Blast your opponents to pieces in this portable Scorched Earth clone