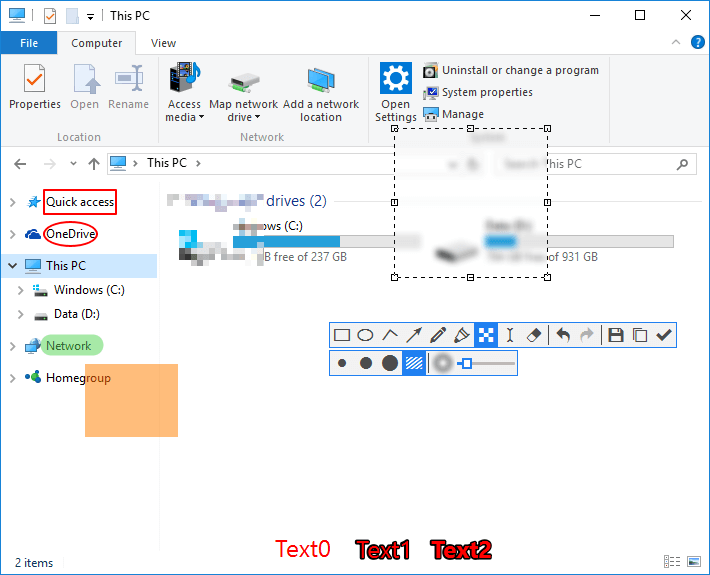 Snipaste is a portable screenshot tool aimed at developers and designers.

Selection is automatic, and you might have seen something similar with other capture tools. You press the capture hotkey (F1 by default, oddly), move the mouse around the interface, elements are highlighted as you hover over them, and left-clicking snips that area.

Unlike other screenshot tools, your capture doesn't appear in another window. Instead it overlays the captured area of the screen and you're able to draw shapes or arrows on it, highlight areas, apply mosaic or blurring effects, add new text, and generally edit it in place.

When you're finished, the annotated capture may be copied to the clipboard, or saved as an image file.

Unusually, you can also paste the clipboard image - whether it's saved by Snipaste or not - back onto the screen as a floating window.

If you'd like to see how a toolbar or some other UI element looks on a program, this allows you to paste an image onto the screen and view it in-place.

Snipaste doesn't have the power of a full-strength screen capture tool, but the in-place editing and the ability to paste images onto the screen as floating windows are major pluses. If you're interested, check it out.

Excellent freeware!
09 June 2017 12:40, Shyam Reddy
Excellent piece of freeware. Quite handy and easy to use.
Related Downloads Other Downloads From This Category