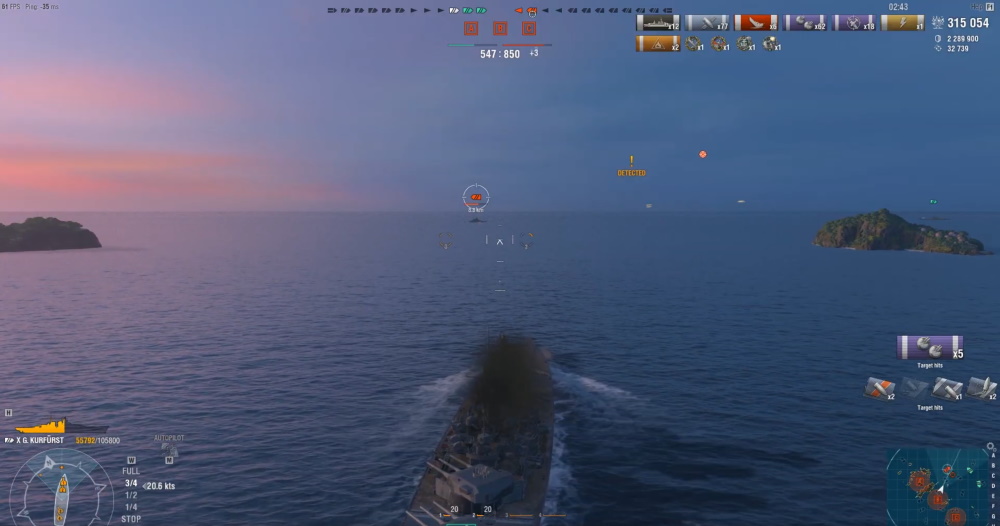 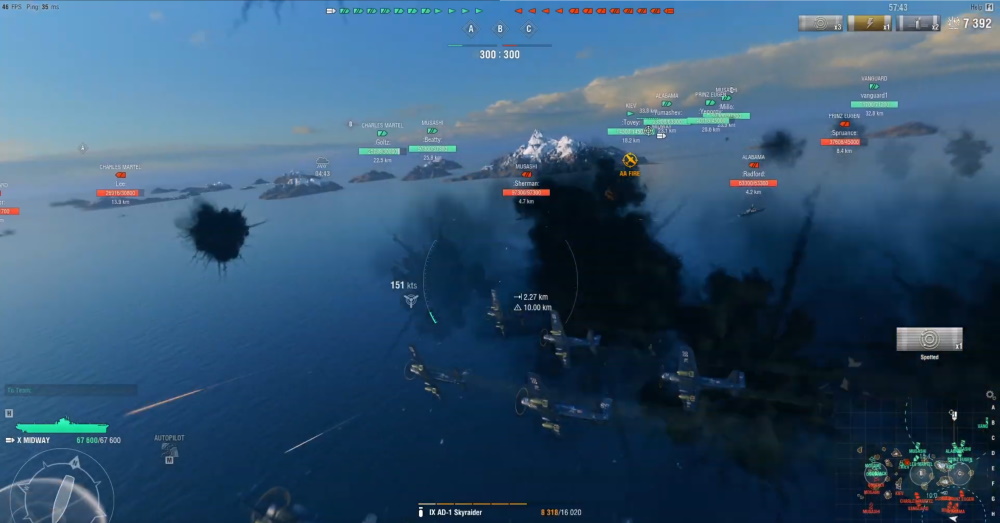 World of Warships is a free-to-play naval strategy game that's available for not only Windows, but also a range of gaming consoles. Team up with other online player to fight in maritime battle involving ship artillery, torpedoes and aircraft.

As you progress through the game you can unlock all manner of ships completely free of charge just by gaining experience, but there is also the option of buying add-ons if you'd rather not wait.

In all there are over 400 historical ships to plat with, including all of the major icons from the first and second World Wars. The attention to detail is high and this helps to make World of Warships a rewarding experience for history fans as well as strategy gamers.

There are there are three basic game modes to work with, but no matter which you opt for, you are in for a game that will last several days, if not weeks. Standard battles involve teams defending their own base, while domination mode is won by taking control of key areas of the map. Finally, there is epicenter mode in which the objective is to capture and hold the entire central area.

In all, there are ten tiers of ship to work through, with the first tier really serving as a tutorial mode to help you get used to things.  Like so many modern online games World of Warships frequently runs themed events, and these are worth looking out for.

The combat elements of the game are extremely rewarding, and the teamwork side of things make it something that is really worth investing time in. Even if warships would not normally appeal to you, this could just be the game that turns you onto them.

How much you like World of Warships will depend almost entirely on two things: your liking of this type of game, and your love of all things naval. While the game is now a few years old, it still packs a punch and could be considered the Counter Strike of its genre.