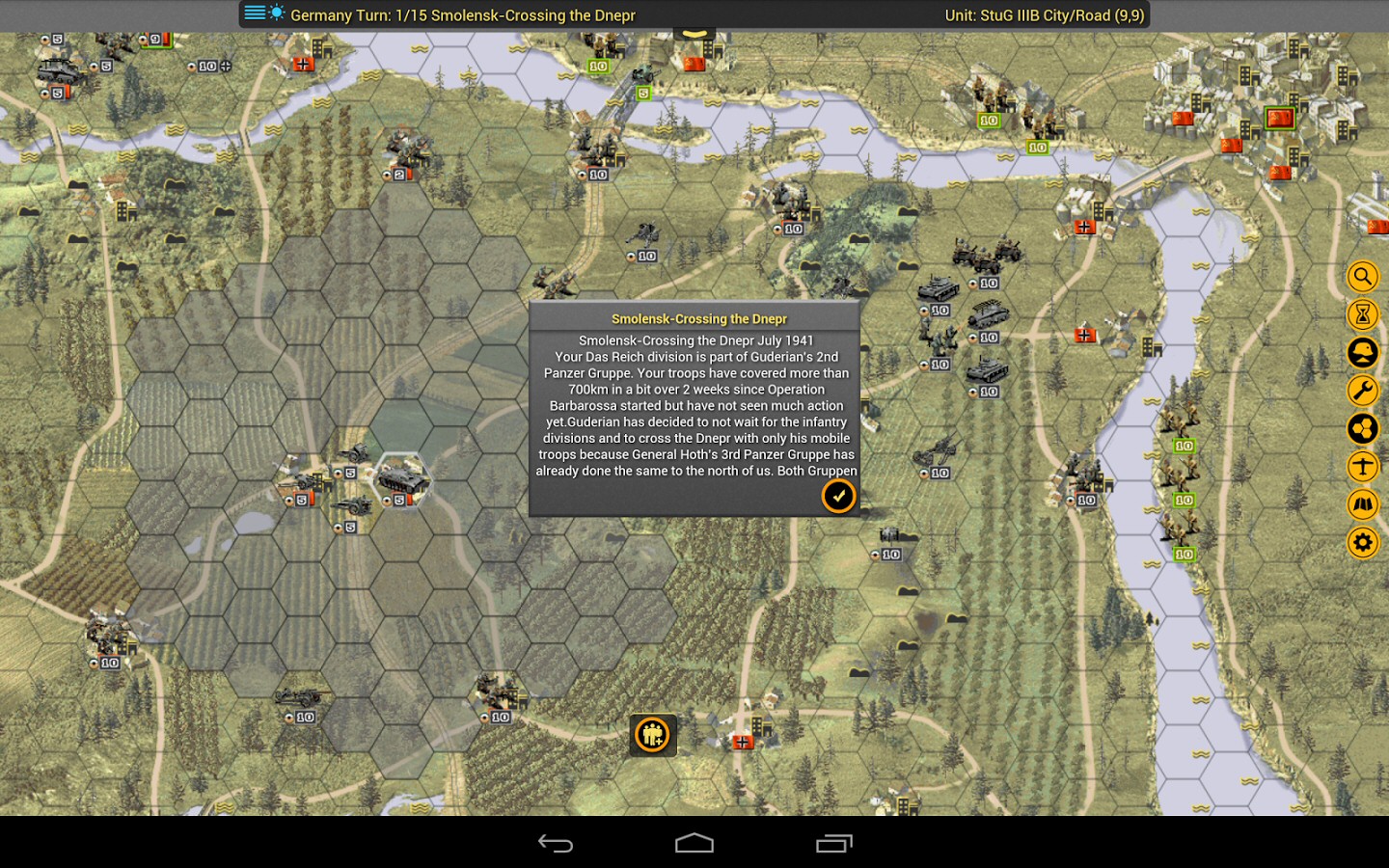 OpenPanzer is a hex and turn-based World War 2 strategy game, a remake of the classic Panzer General 2.

Although it's essentially a personal project, the free OpenPanzer has more features than many commercial games. You can play either an Axis or Allied general across lengthy campaigns and 32 scenarios, moving 4,000 historically-accurate units across 20 terrain types to achieve your strategic objectives.

Graphics are unspectacular, but that's no surprise for a remake of a 1997 game, and they're perfectly adequate for their use here.

As you work through the campaign, so your units gain experience, earn prestige points to help them upgrade, or you can buy new units from the Purchase screen.

The interface will be familiar to any turn-based strategy game fan. You start with various units on a hex-based map, move them around, discover enemy units when they're within range, then make best use of your men's abilities to achieve victory.

If you don't play this kind of game so often then the many options can seem a little intimidating at first, but a tutorial scenario will help you get started, and you'll master the basics quickly enough.

There are some very modern features for such an old-school game, too, including the ability to save games to the cloud for playing on other devices.

There are reports of stability issues with the Android build in particular, but if you're unaffected then this is a great free app which offers hours of engrossing gameplay